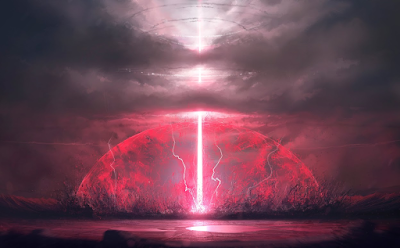 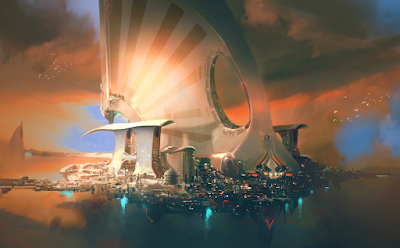 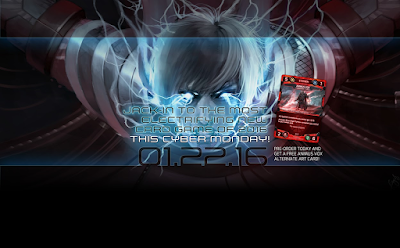 Don't miss your opportunity to pick up the breakout game of 2016 and get an exclusive alternate art promo card today when you order at sularia.com! The battle begins 2016, get ready!
Posted by Unknown at 12:22 PM No comments:

It has been centuries since the cataclysm of the Fracture ravaged Sularia, and now the self-proclaimed Lords of the world, the Jotune, and the rising machine empire known as the Synthien, are locked in an epic struggle to determine the fate of a waning world. They aren't alone either. Mercenary companies play opportunistic middle-men in the conflict, bartering blood for coin, weapons, or worse... and there are others lurking on the periphery, ready, waiting for their moment to strike.
Dive headfirst into the sci-fi fiction adventure with the first installment of Rumblings of War, a semi-weekly novelette that brings this heroic cast of characters to light and sees who will rise triumphant in the only conflict that matters - the battle for survival.
Check out the articles homepage http://www.sularia.com/blog-landing-page/ and get the latest from the post-apocalyptic world teetering on the edge of total annihilation!
﻿
Posted by Unknown at 6:51 PM No comments:

A Sneak Peek at Battle For Sularia 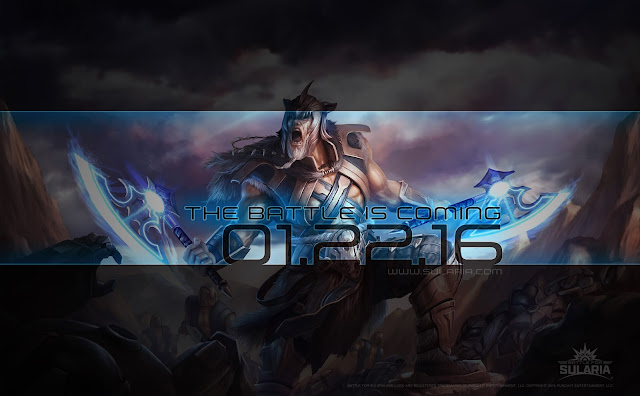 A brand new strategy card game landed on the Monster Lab desk, and we're psyched to debut it! Launching January 22, 2016, the game is available for pre-order. Check out the world of Sularia, the game, and their card image gallery, where epic heroes are depicted by some of the best established and up-and-coming artists! Dive right into the post-apocalyptic sci-fi dystopian world and check out the daily articles section!

More to come soon! Heed the call and join the battle today!
Posted by Unknown at 12:00 PM 4 comments: