Aptly stated, and in a world devoid of google maps (Apple maps are garbage even by medieval standards) someone needs to be toting a little piece of parchment that will guide the way. 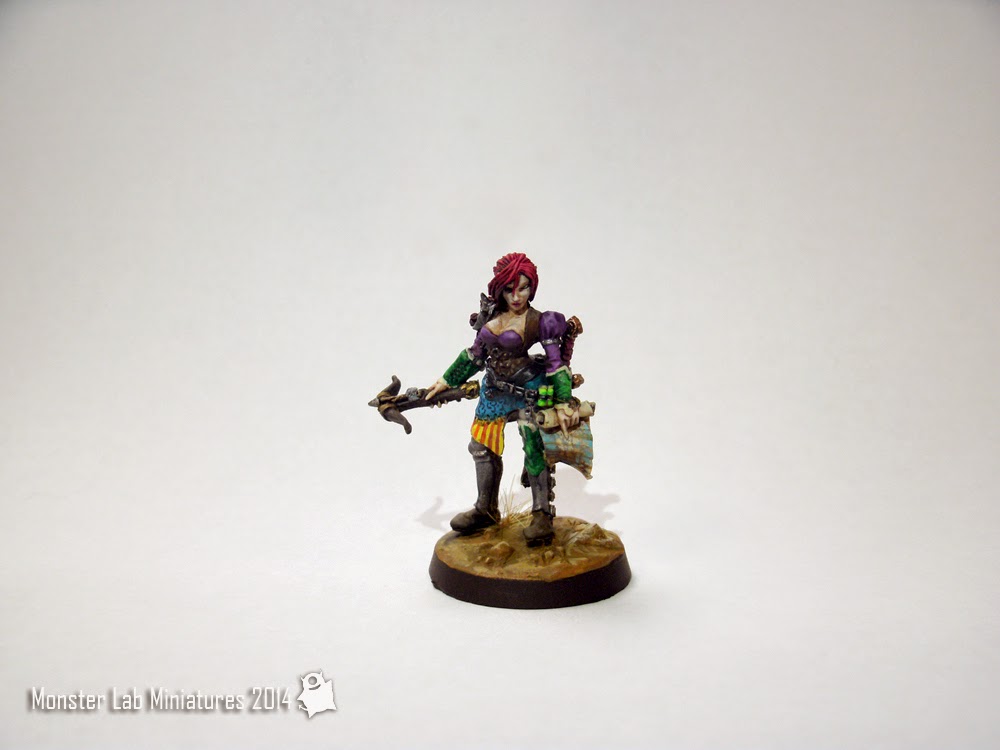 The fiery rogue, Bianca, has hers and judging by the deliberate placement of her index finger, she knows where she's headed.  I reckon a woman who wears garb as loud as she is wont to have her mind made up. 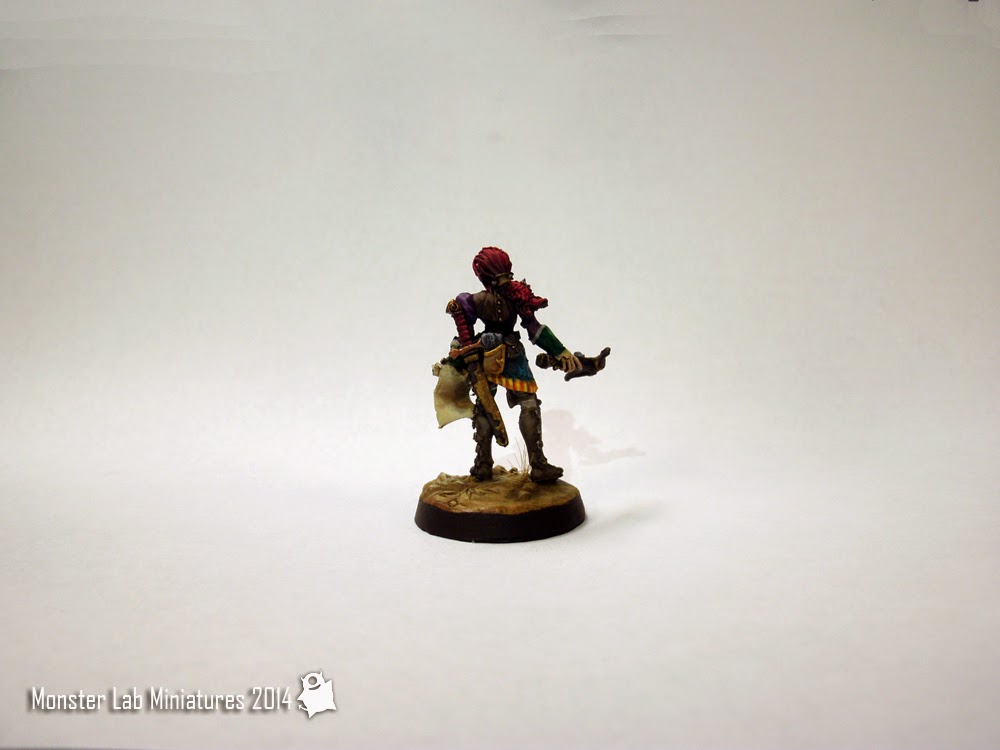 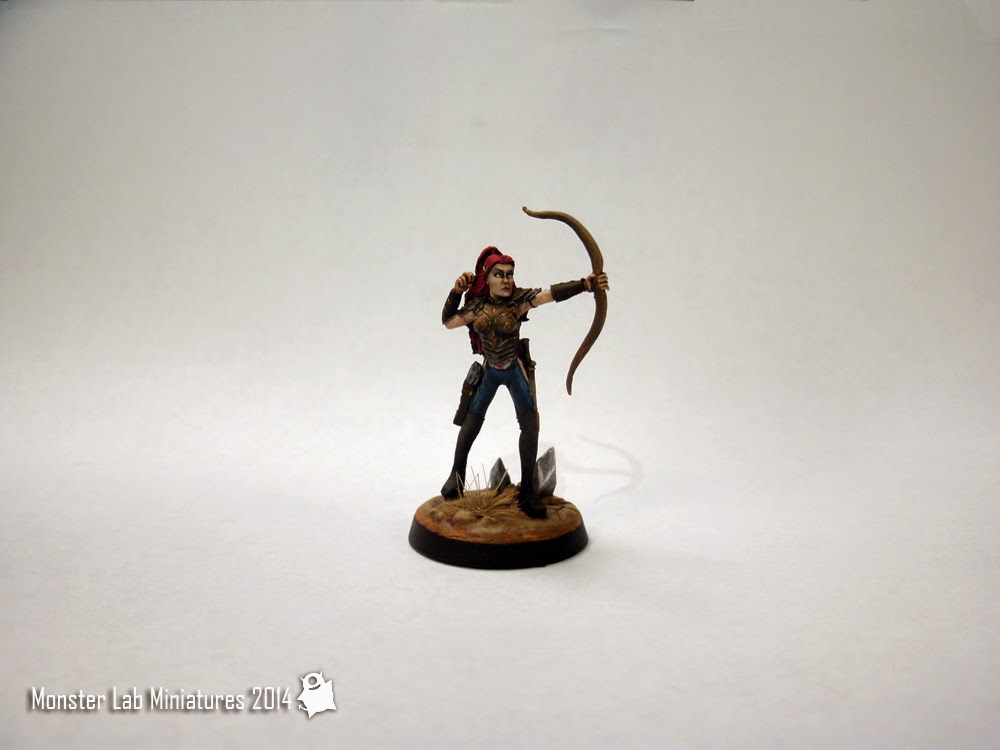 There's another fiery red-head (and that hair is RED-DDD) in the group.  This one is Lyanalis, a dead-eye elf archer from Sovyrain, one not to be trifled with. 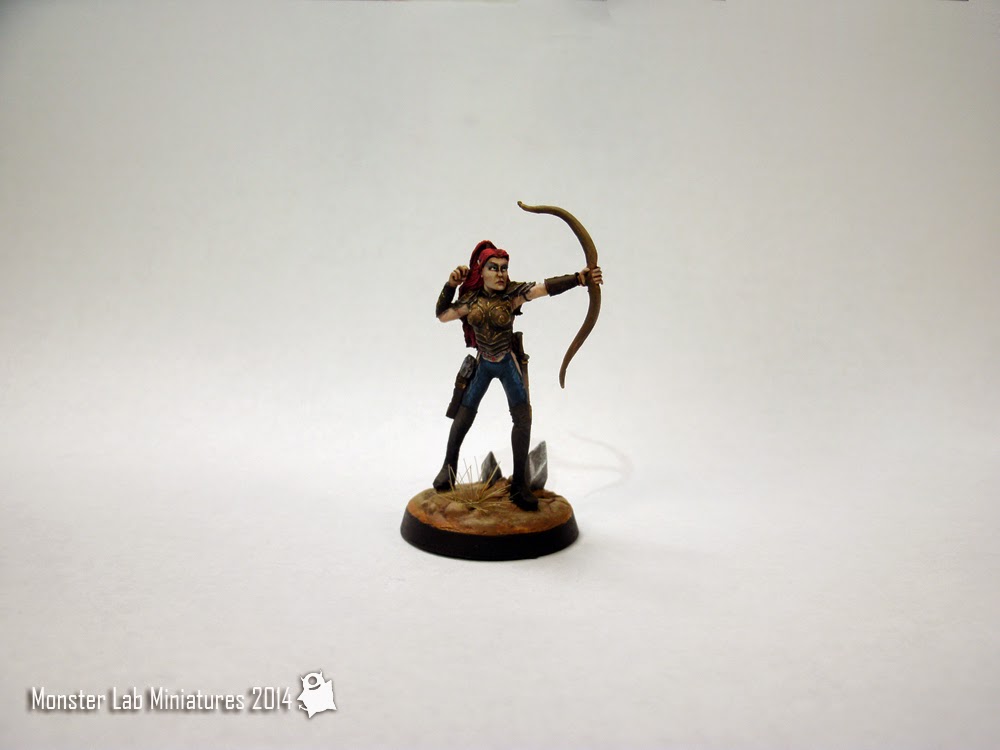 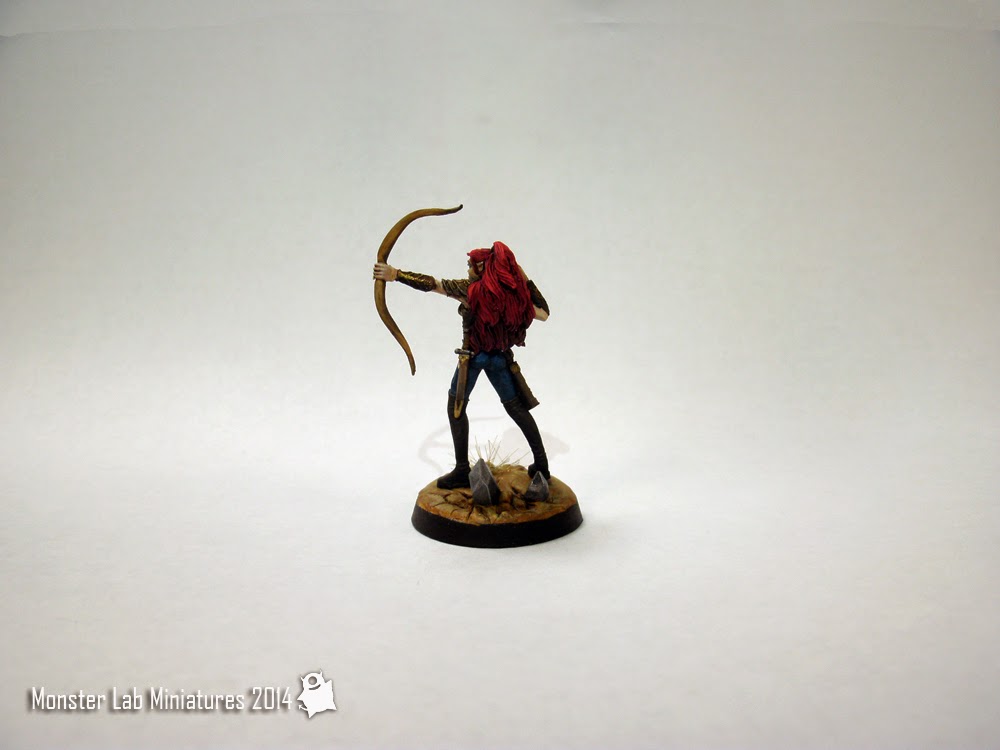 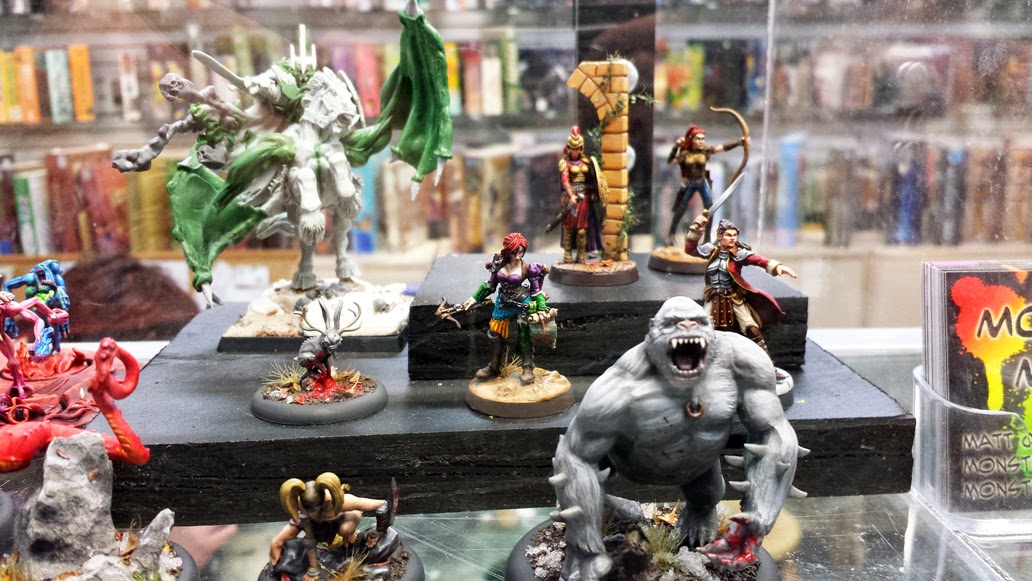 Here's both Bianca and Lyanalis hanging with some of my assorted display minis before being handed off to their owner Ron N. 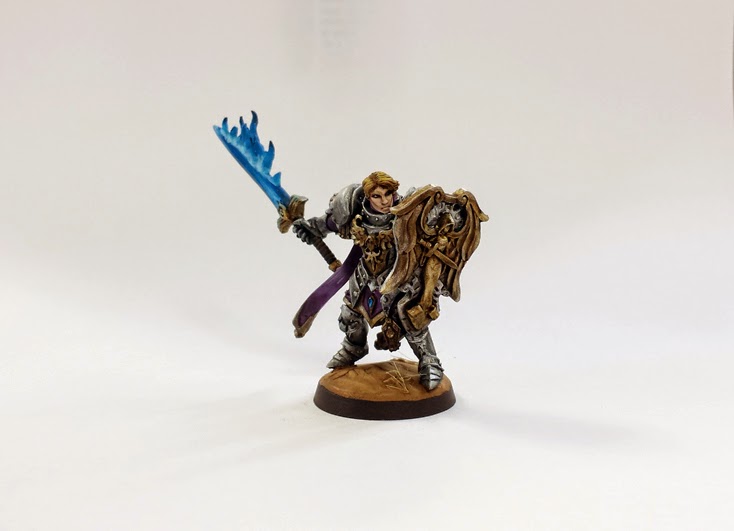 But there's more!  Where would a group be without its fearless leader?  Meet the half elf-celestial Aeron. 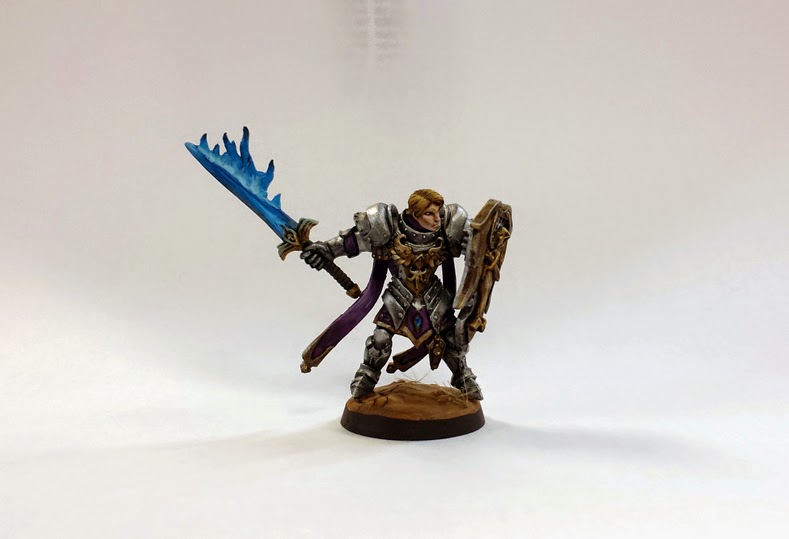 Wielding a ethereal blade and heavy armor, this guy is one bad mama-jama.  When he calls down a righteous reckoning upon his enemies they're going to be reaching deeeeep into the pain locker for their big boy shorts. 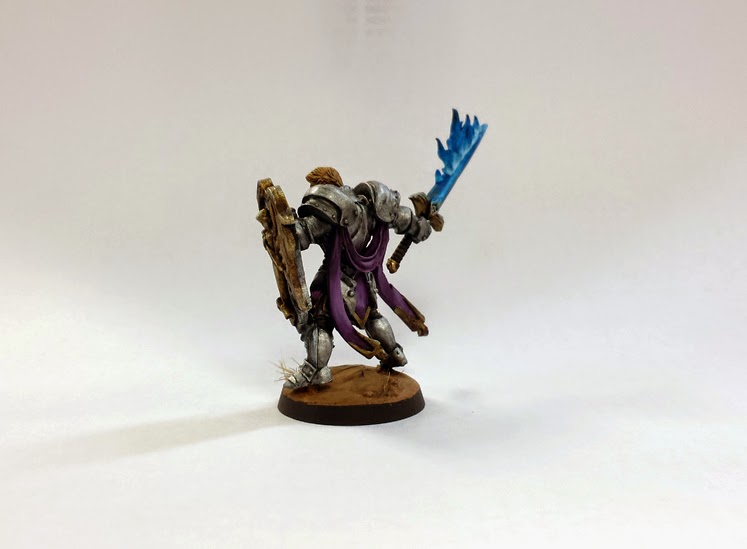 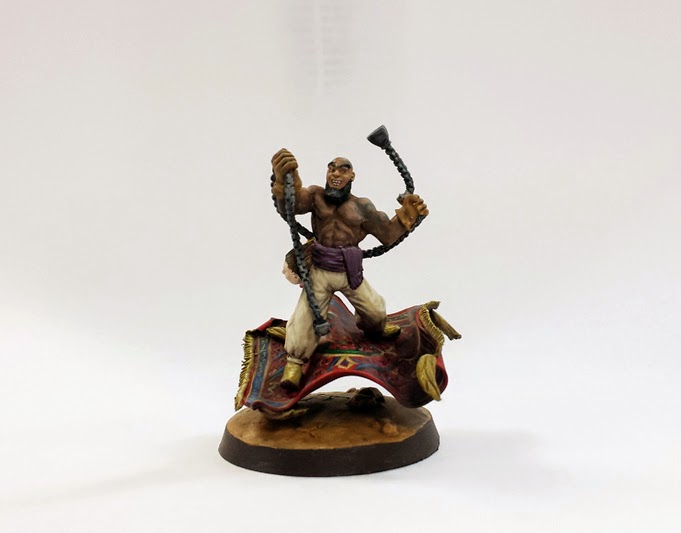 Then there's the mad monk Kahmal Khali, riding a flying carpet and slinging... a weighted chain?  Whatever he's doing I wouldn't want to be in the way, I just don't trust that sinister grin plastered on his face. 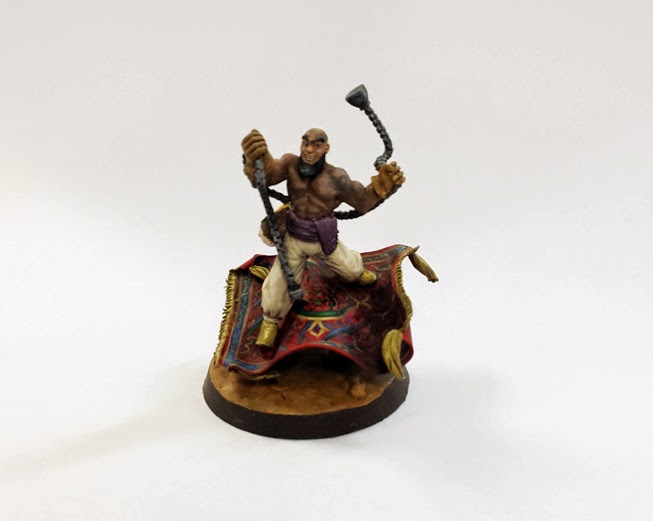 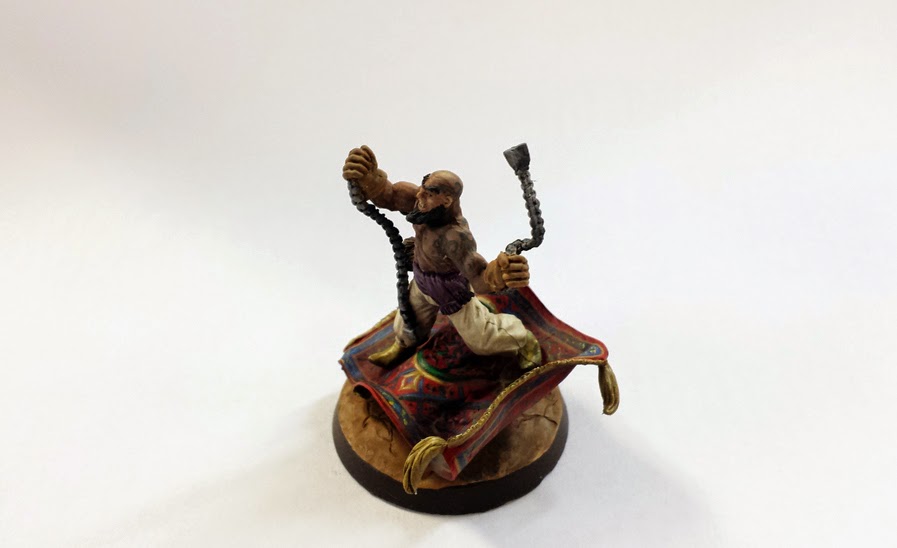 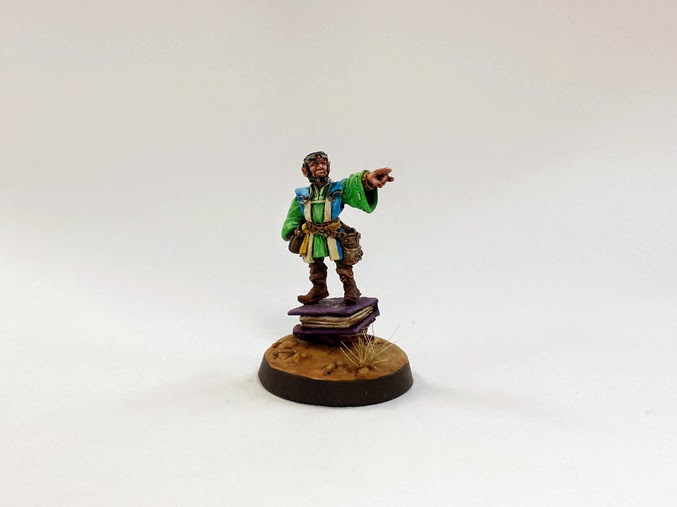 If you're looking for a pint-sized-spell-slinging-loud-mouth, Gwendle is your man!  I think him and Bianca get their duds from the same clothier, and I'd put a gold coin down on their both being prodigious drinkers (Gwendle by halfling standards). 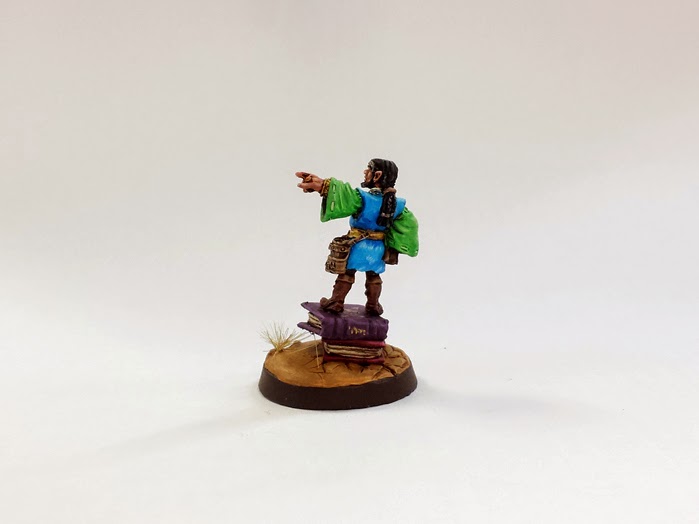 Heck, with a few trusty spell tomes he can look any adversary square in the eyes! 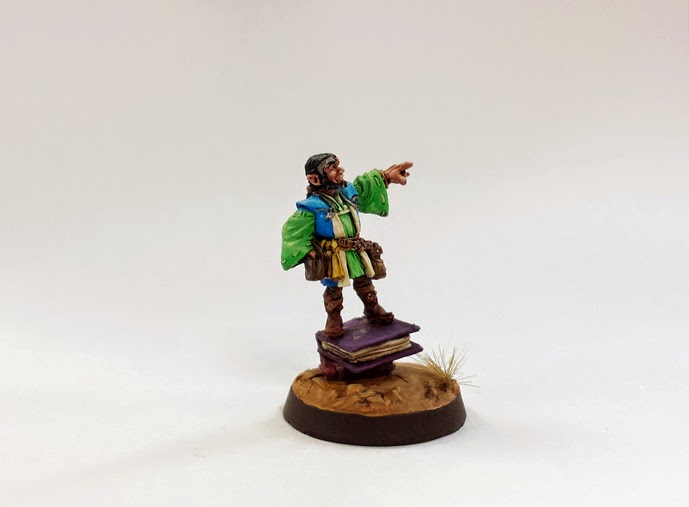 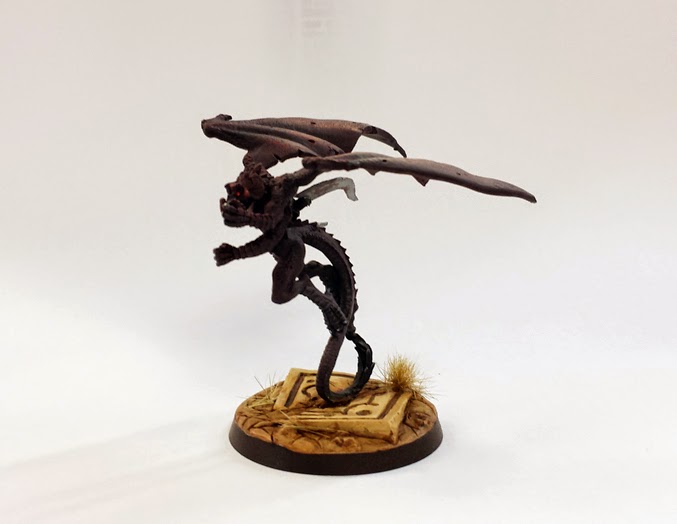 Did I mention Moloch?  Oh that would be Gwendle's summoned dragon-kin who likes to chop heads with a wickedly rusty chakram. 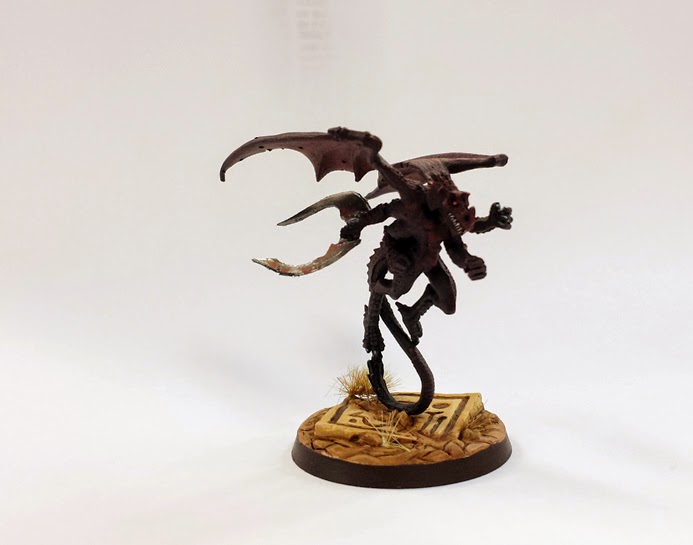 Most of the time Moloch's adversaries don't even see him coming, be it in the dead of night or charging from behind the sun.  The expression of shocked disbelief is still hanging on their face as their heads roll in the dirt - schink!! 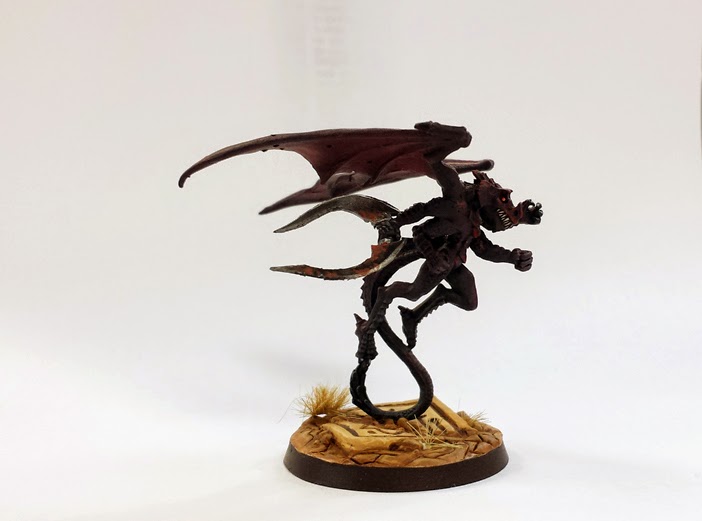 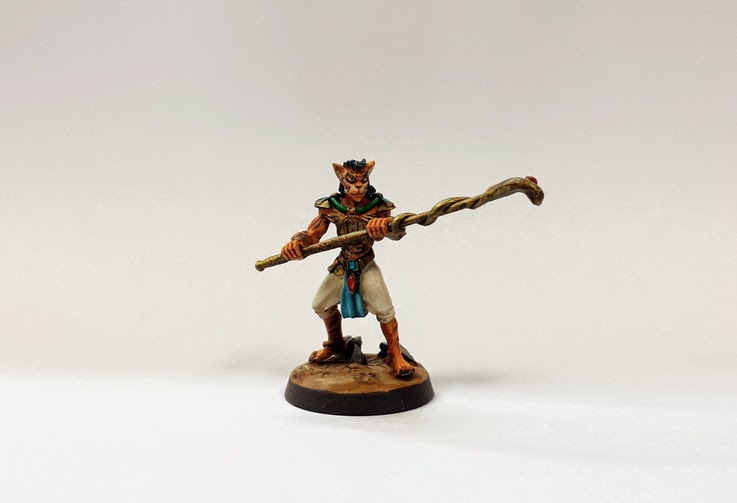 Ravasura is a rakshasa.. in Hindu myth that's a cat-demon.  The only thing demonic about this cat, devoted to the goddess Isis, is his fighting skill.  He also casts his patron's approved spells from a solid gold cobra staff! 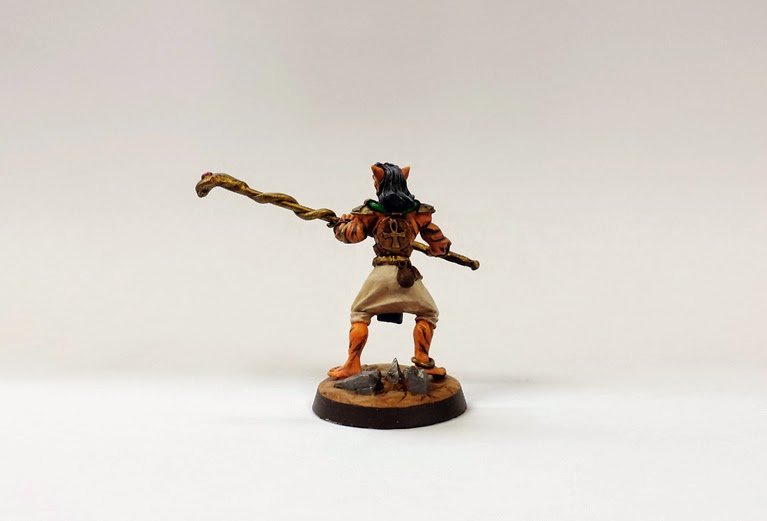 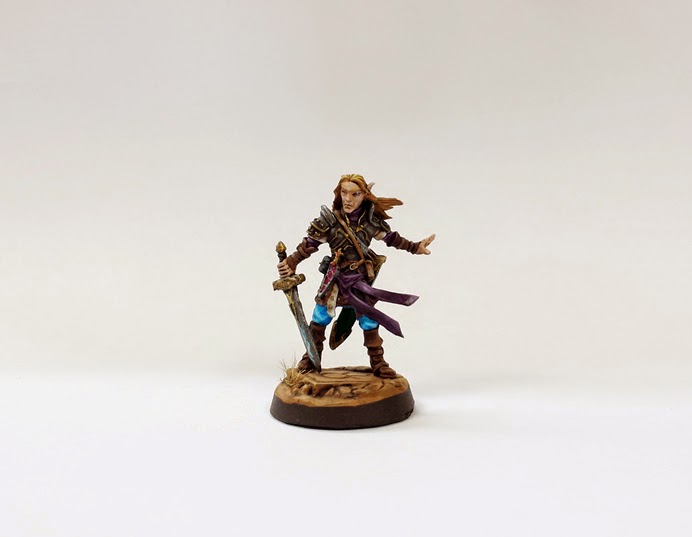 Last, there's Cerulianus a fighter of great renown and greater skill. He prefers medium armor and a nimble shortsword with which to dispatch his foes.  His pose says it all, "hold it guys, I've got this." 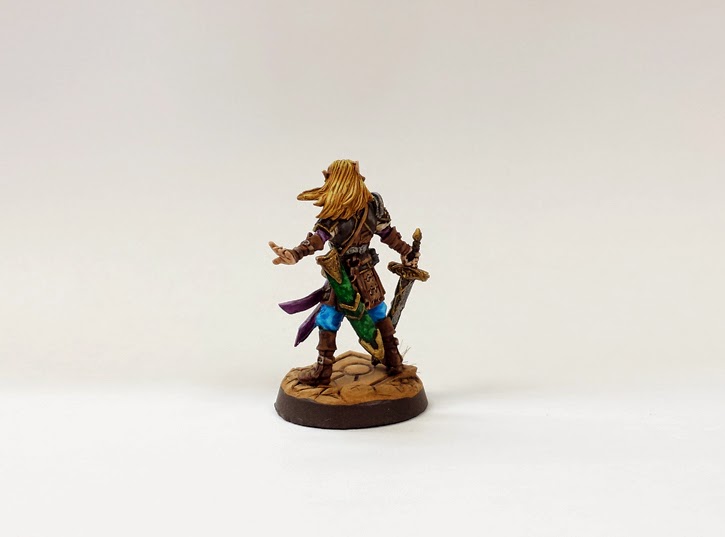 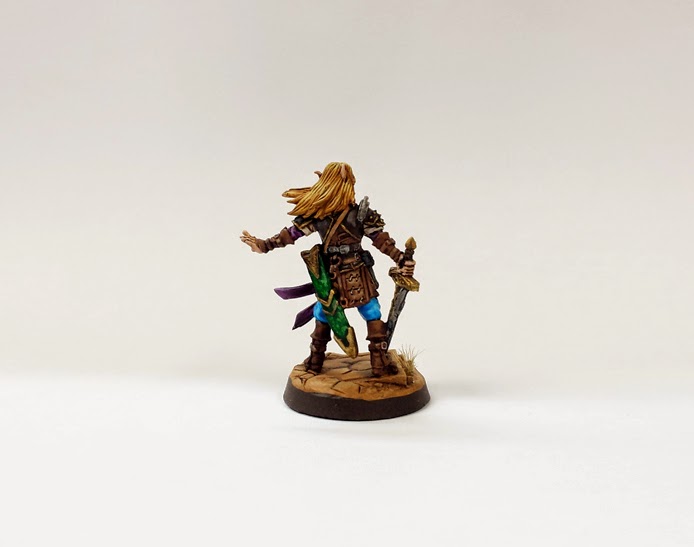 And that's it, thanks for stopping by to check out my latest project!