Marcus and a Pack of Wild Animals (Plus Myranda): a Malifaux Showcase

It's time to unleash the big beasties!!  This week is all about raw muscle power, fangs, and claws.  Who better to lead a horde of enraged monsters, than the beast caller himself?  Marcus is truly a master to be feared in the Malifaux universe.. and his minions look freakin badass!

Let's take a closer look into the jaws of the beast.. 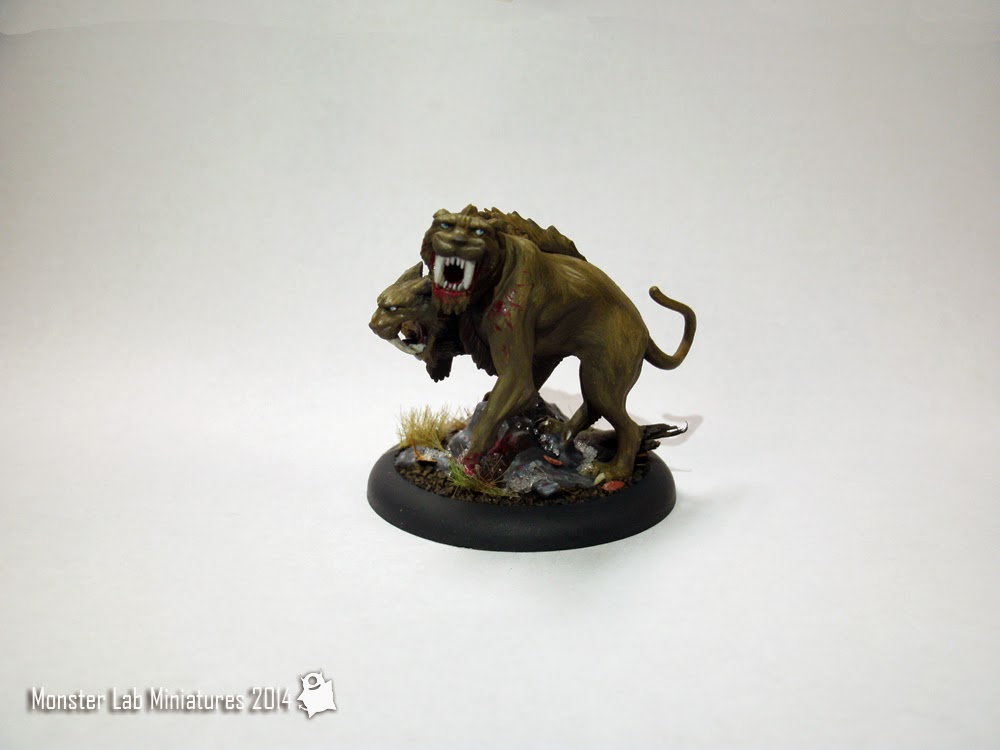 I love the mythical Cerberus from Greek legend, and though I was skeptical about a sabertooth take on the mythical beast (in absolute retro grouch fashion, of course), I've been won over by this model's subtle charm and ferocity. 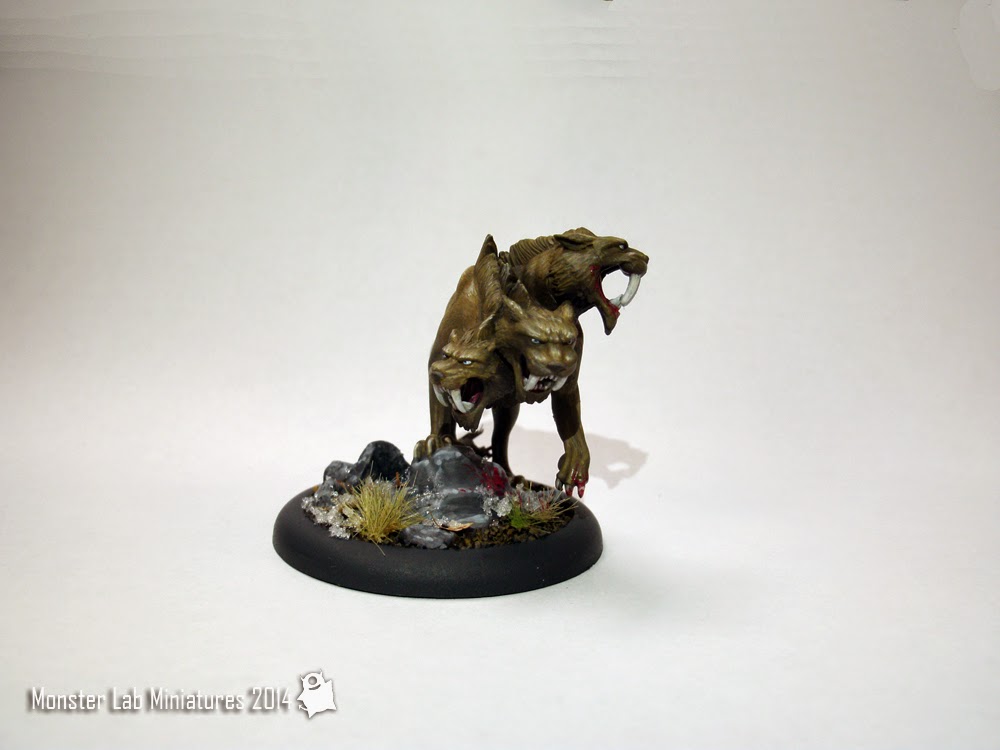 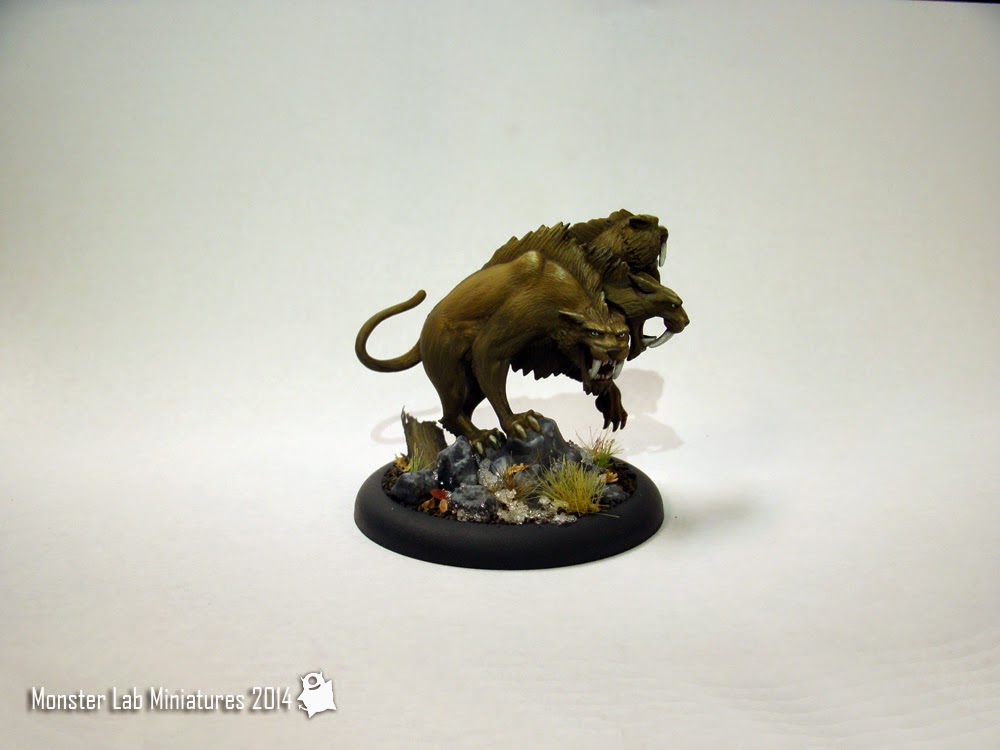 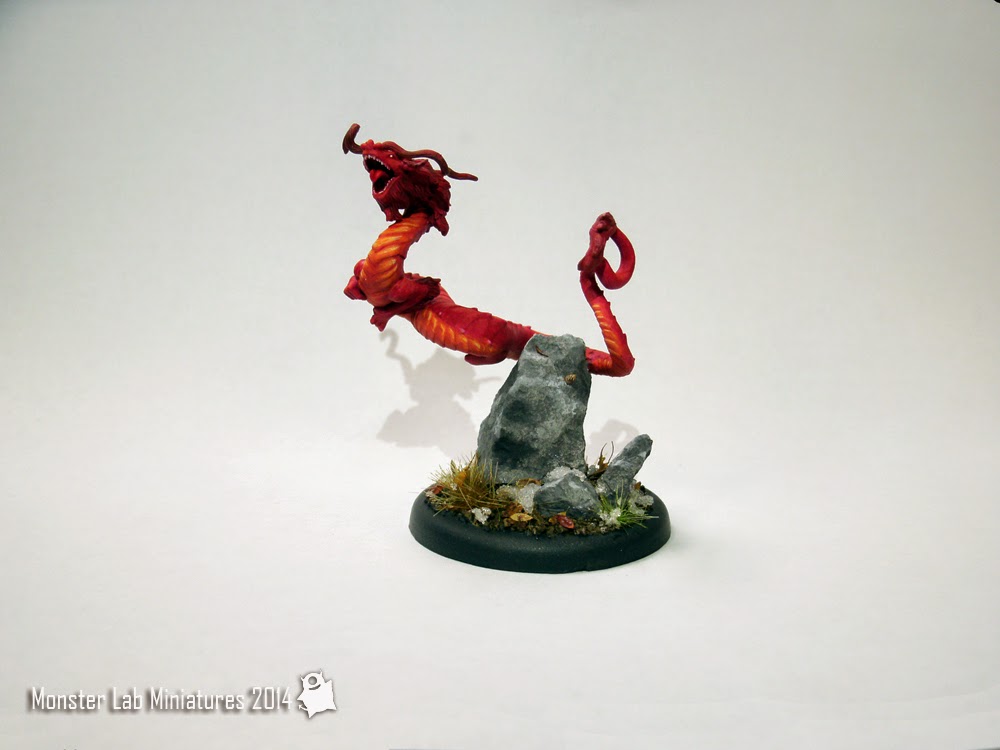 As a child I played Magic: the Gathering and only built dragon decks.  In fact, I have one of each Magic dragon (minus one of course) ever printed, lovingly tucked away in my collection to this day!  Child Matt would have gobbed over this model and Modern-Day Matt thinks it's most excellent too. 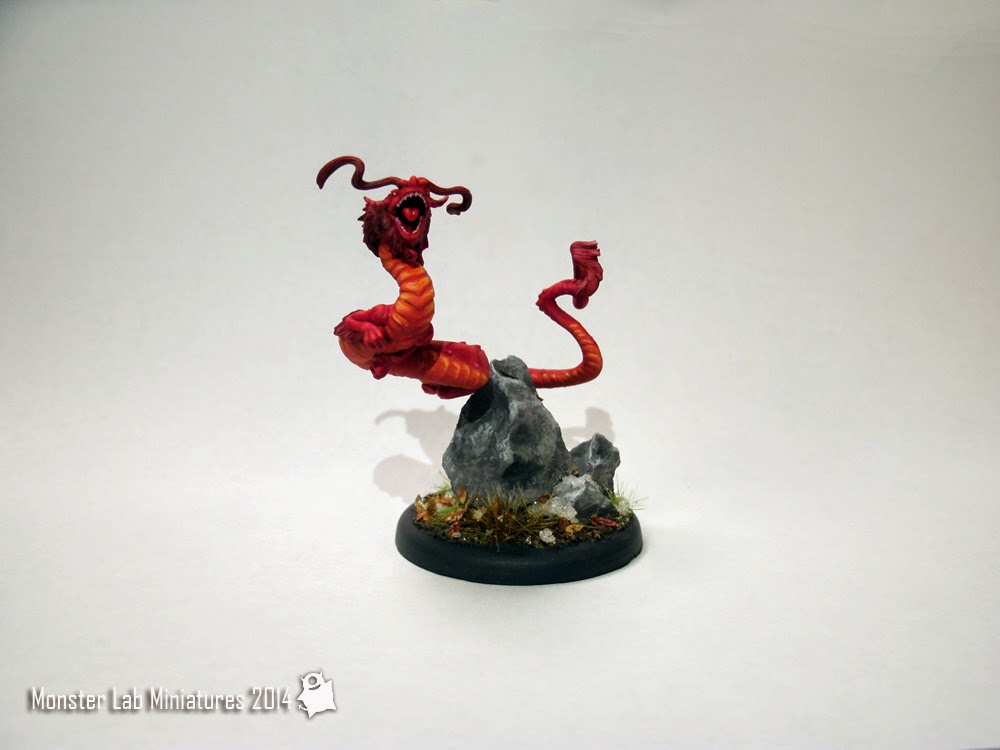 The dawn serpent's cherubic arms and legs are kind of hilarious.. and a touch precious too.  Thank goodness for the winds of magic, because those little baby feet kicking mildly in the breeze wouldn't be getting him anywhere! 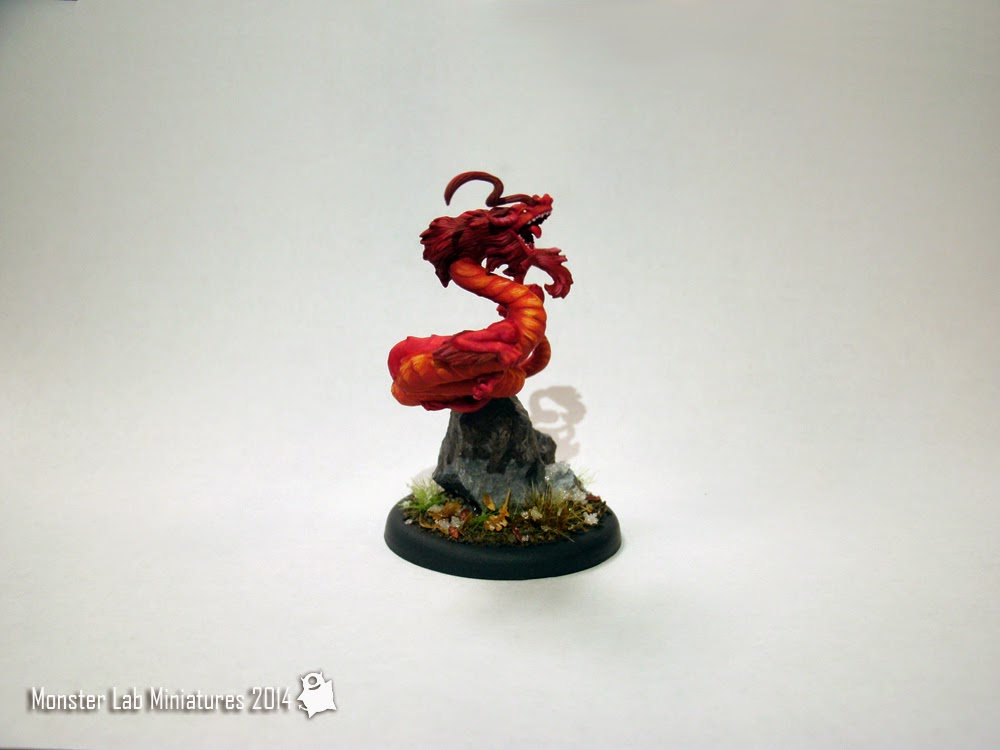 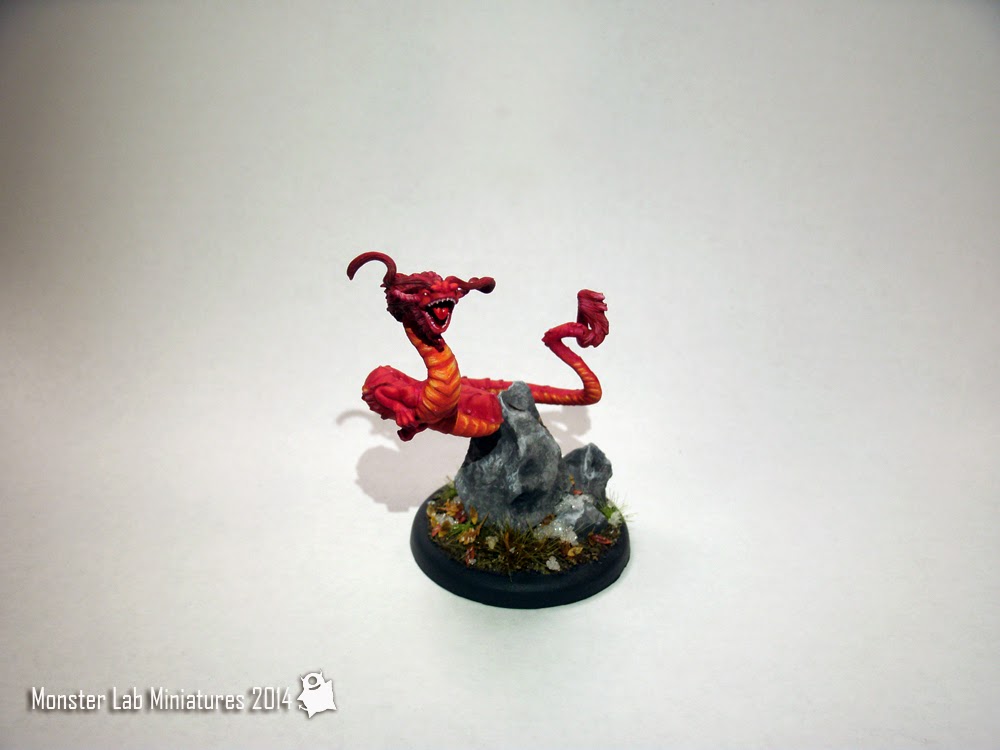 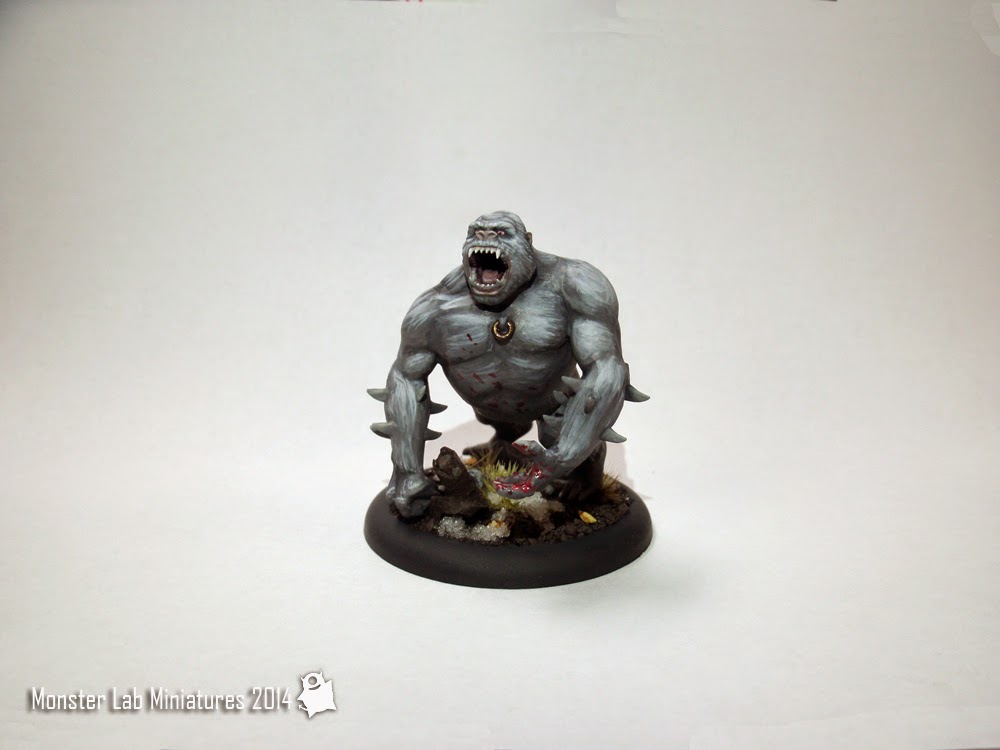 Cojo was 100% my least favorite model by a longshot before I painted him.  Now he's definitely hanging with the best of them (ape pun intended).  Check out that great expression and how his fur coat really shines! 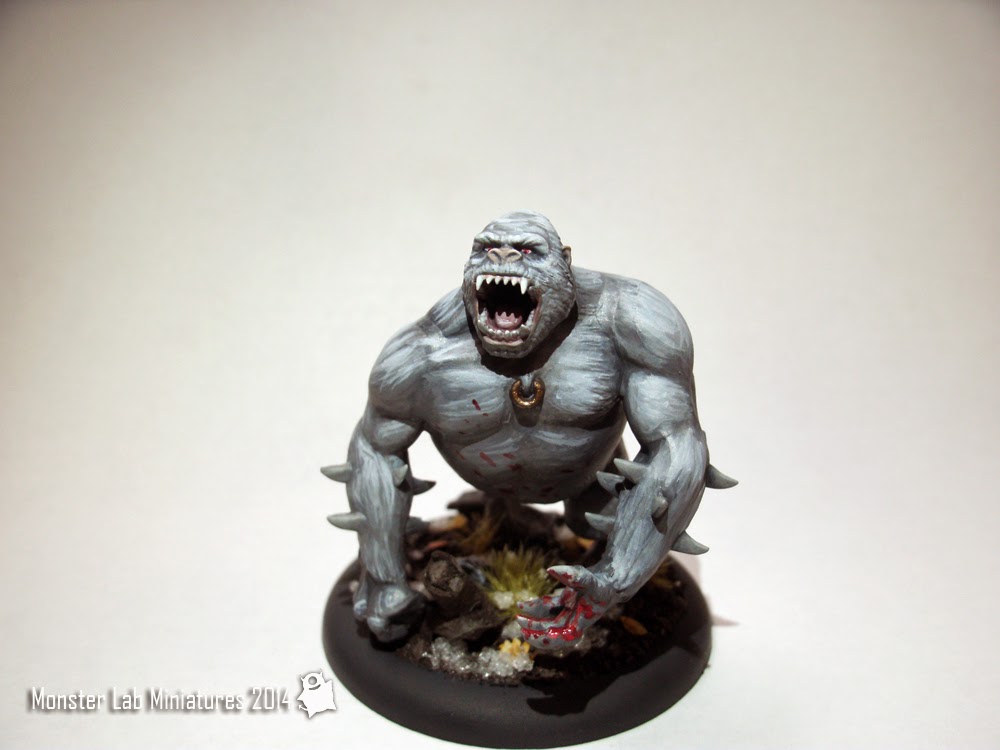 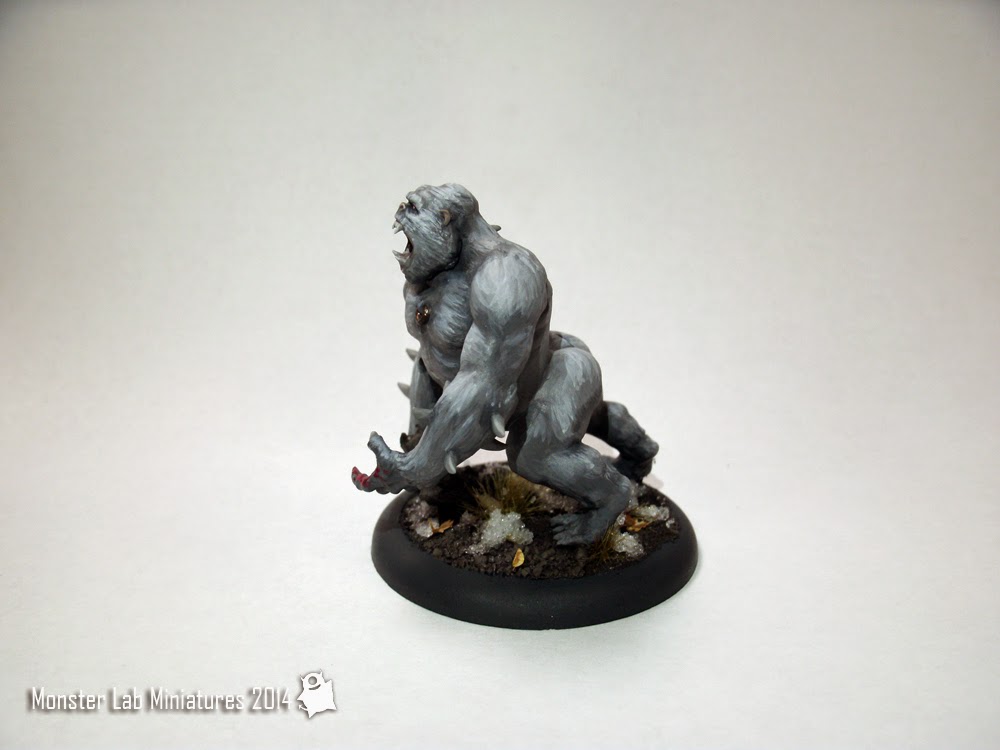 A little blood goes a long way.  No damn dirty ape should be without a bit of gore unceremoniously splattered about his person if he can help it. 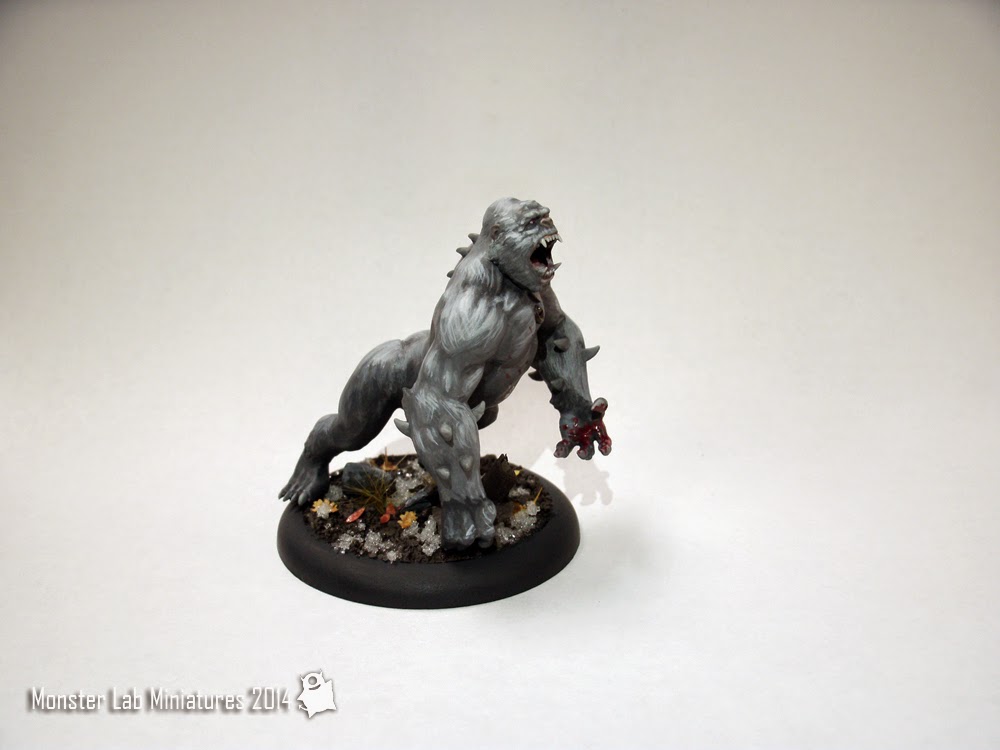 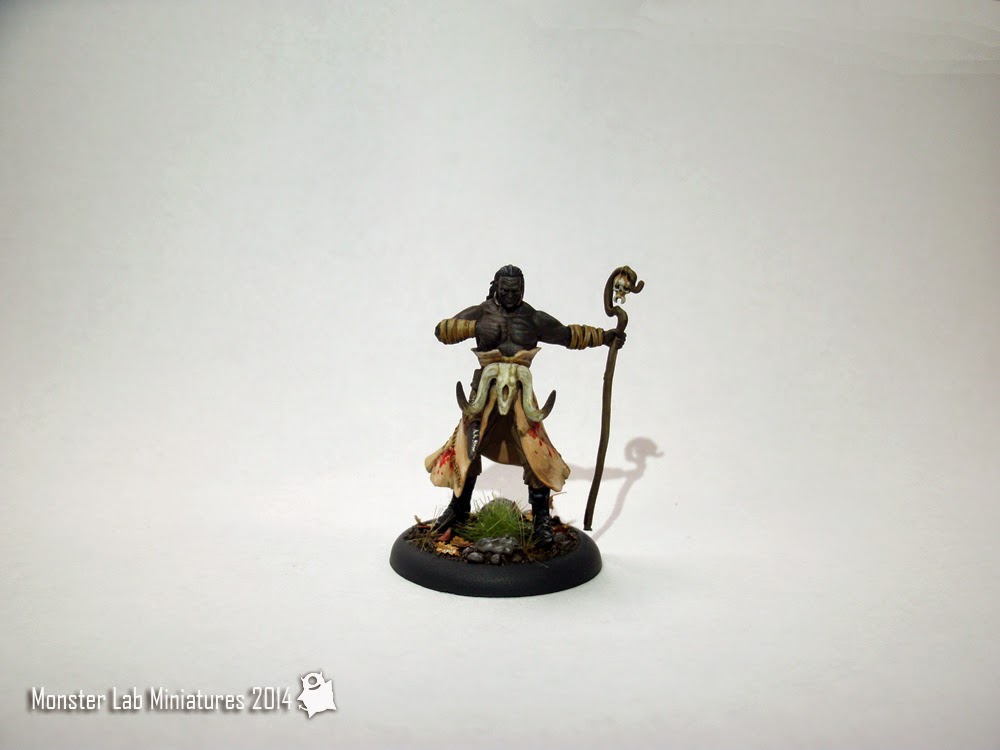 Marcus hates all things civilized.. just look at all those human skins stitched into a skirt! 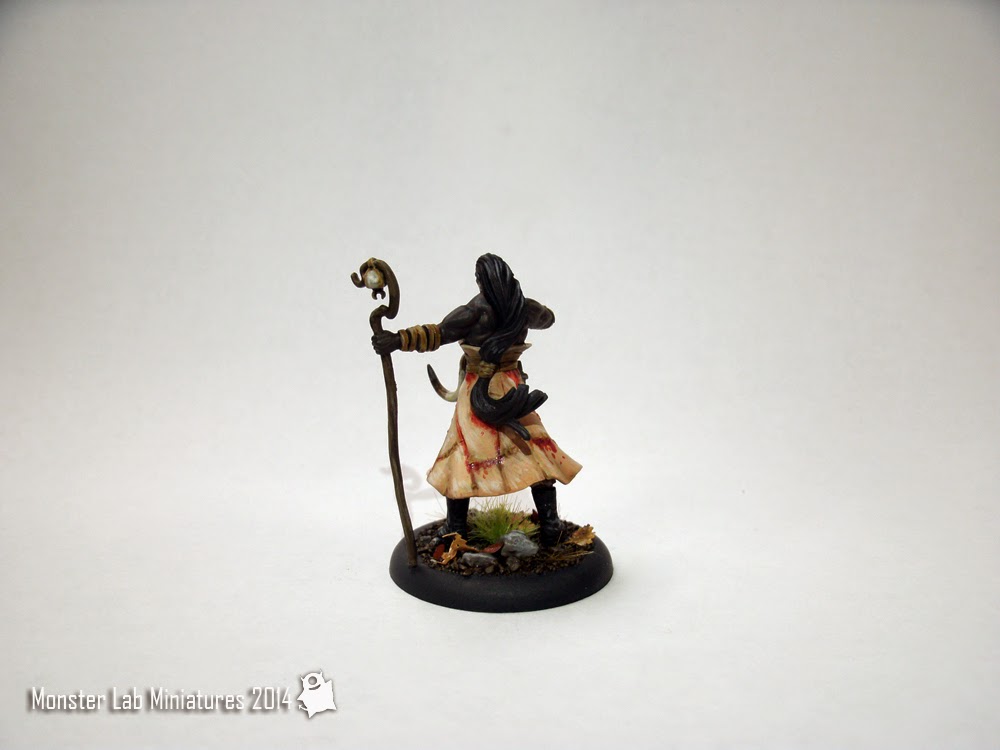 No doubt they were from scholarly types, venturing out into the Malifaux wilds on some academic foray... perhaps just hapless gunslingers looking to cash in a bounty on the notorious rogue's head.. 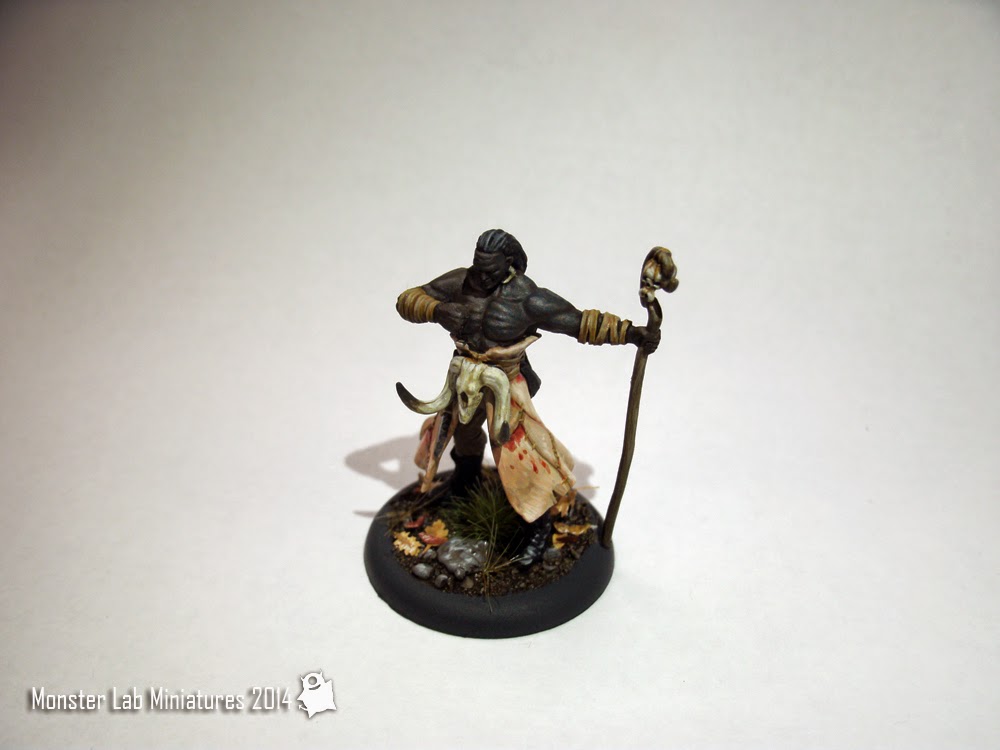 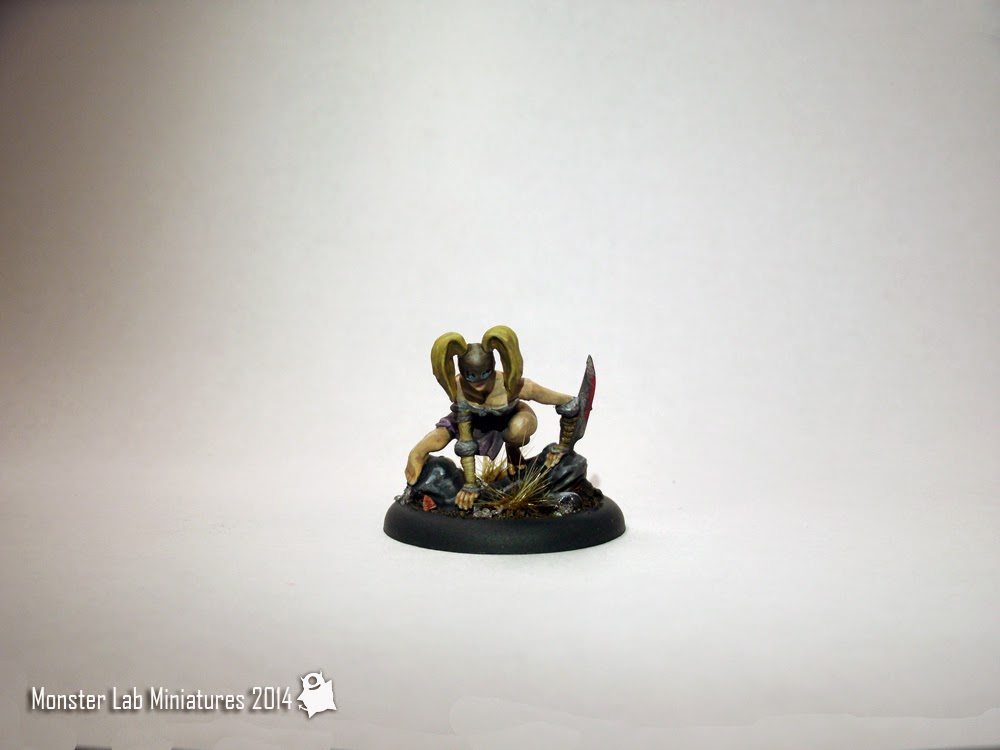 An absolute favorite of mine (there are many in the Malifaux range), Myranda looks exquisitely feline crouched upon the rocks that come stock with her model.  I considered modelling her on a lateral tree branch, suspended an inch or two of so off the base, but decided to revel in the awesomeness Wyrd provided.  Matt approves. 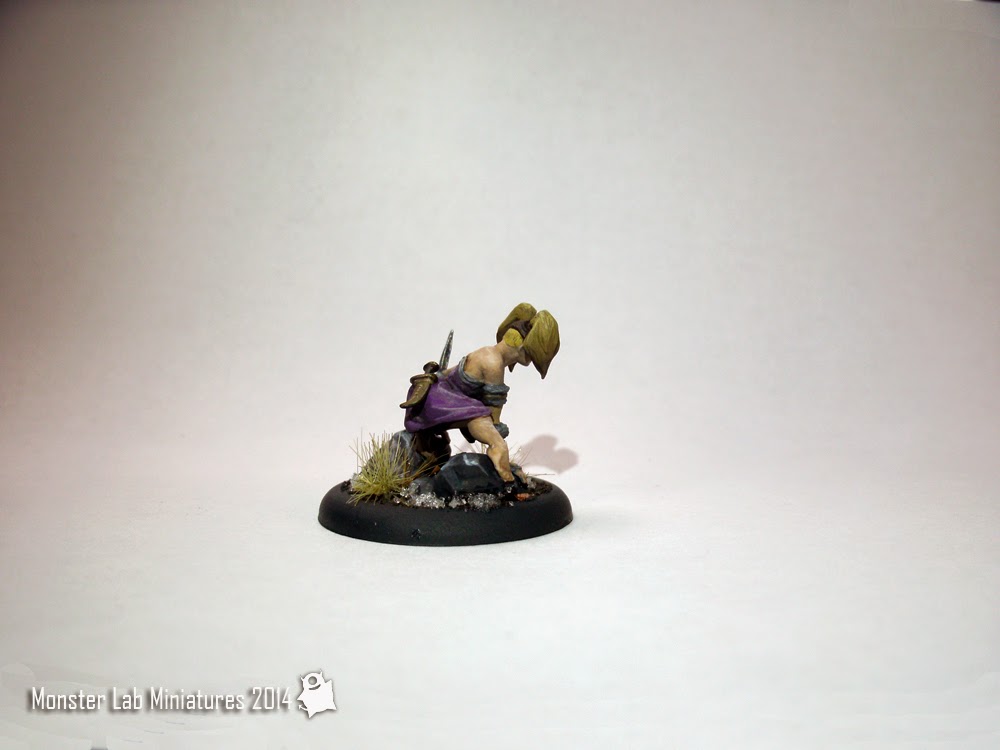 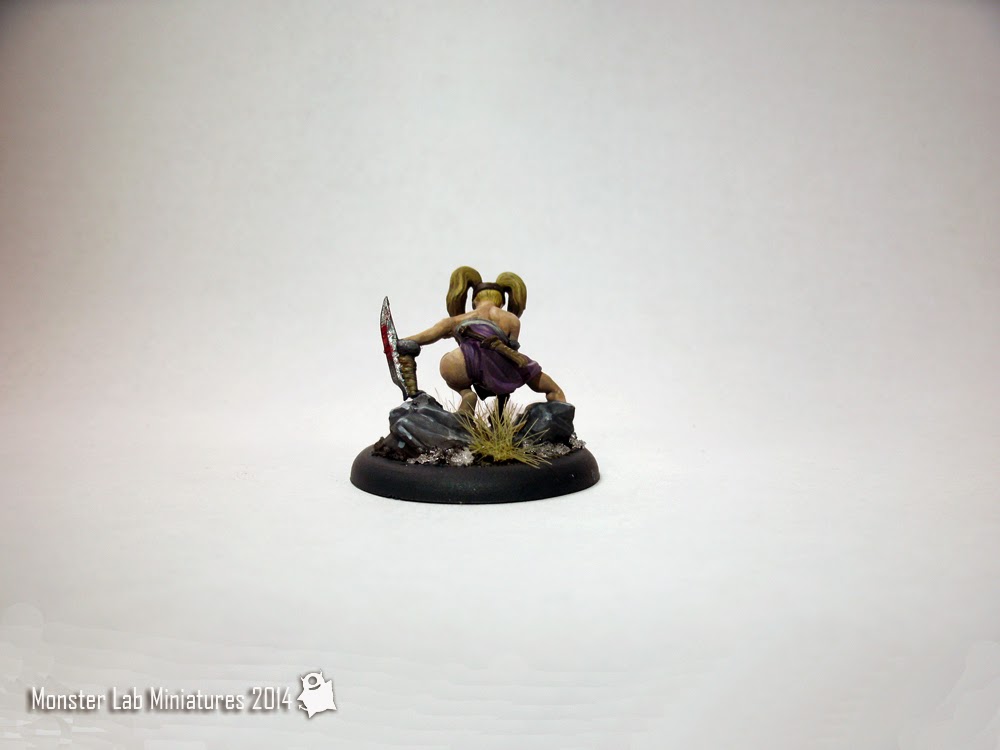 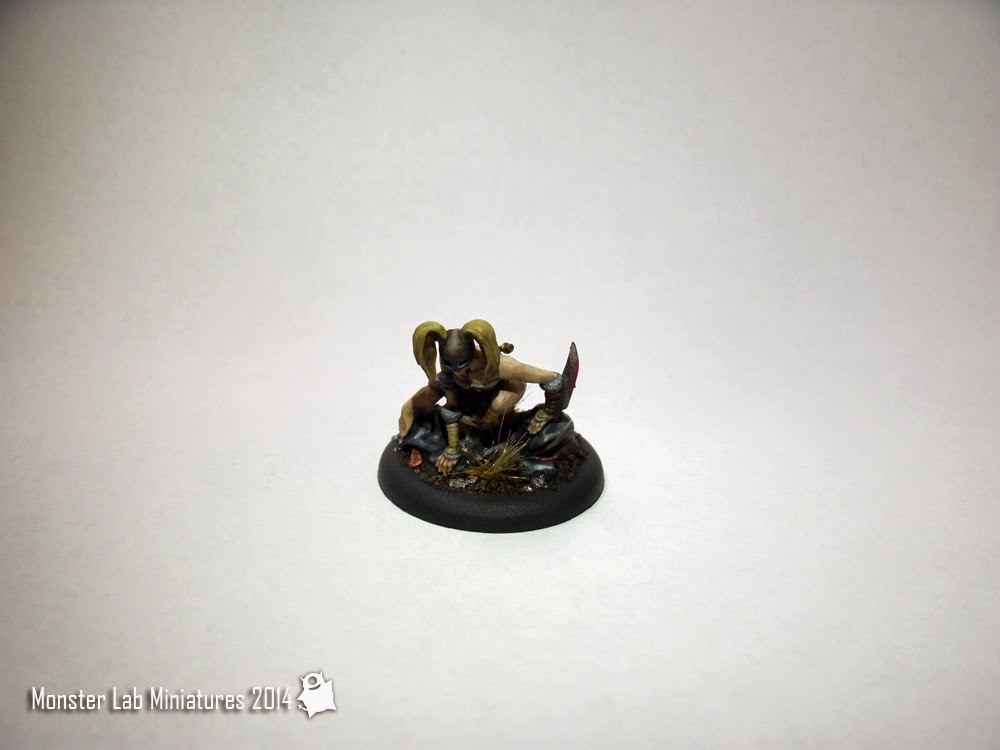 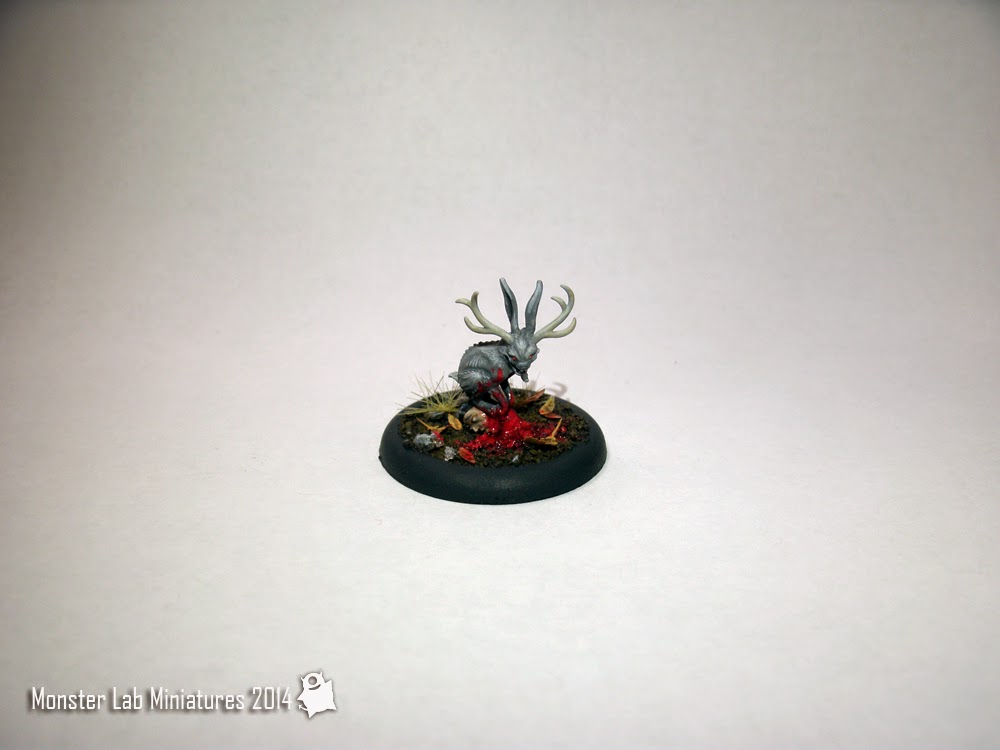 They'll never expect the Jackalope!!  With +2 dmg on the charge and a 7" leap this little rabbit would make even Tim cower in fear. "Just look at its fangs!" 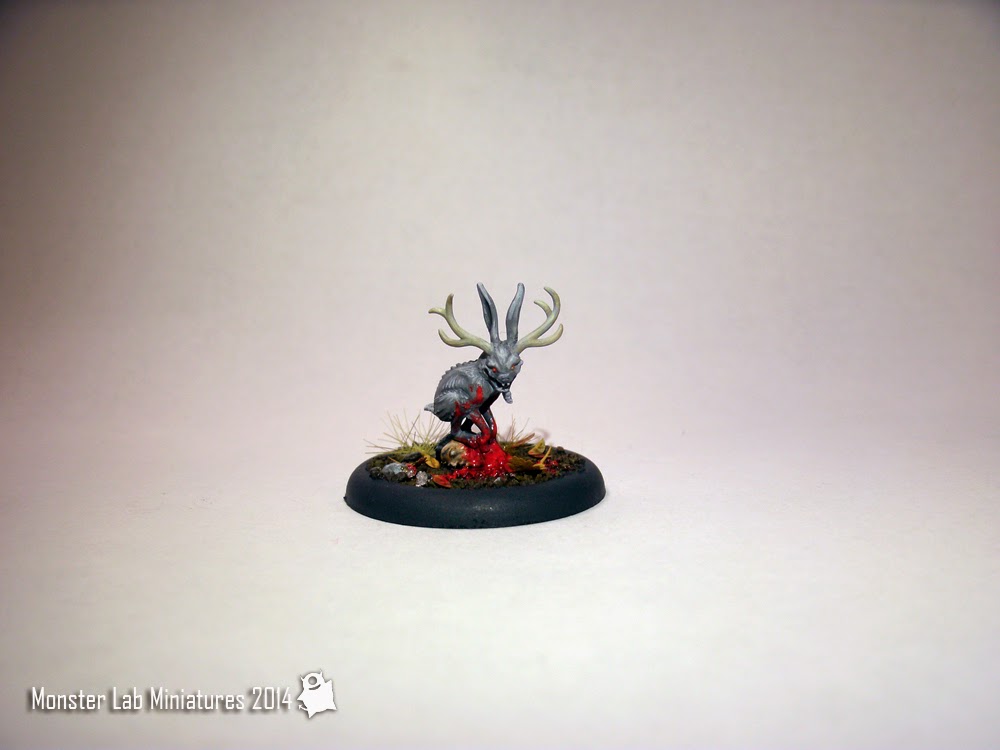 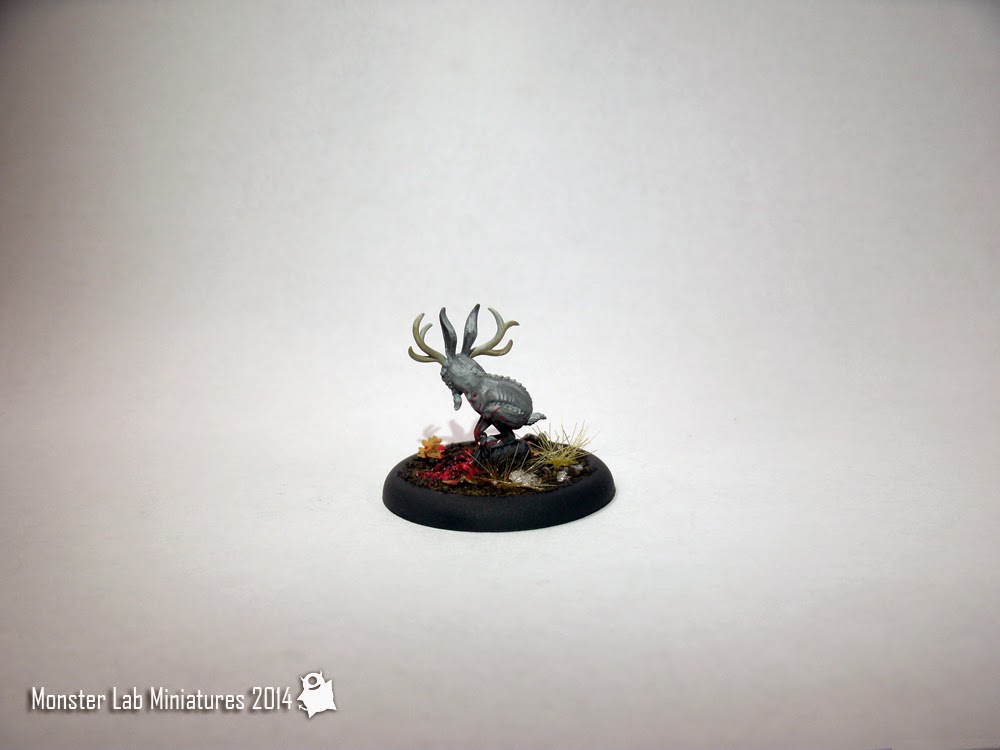 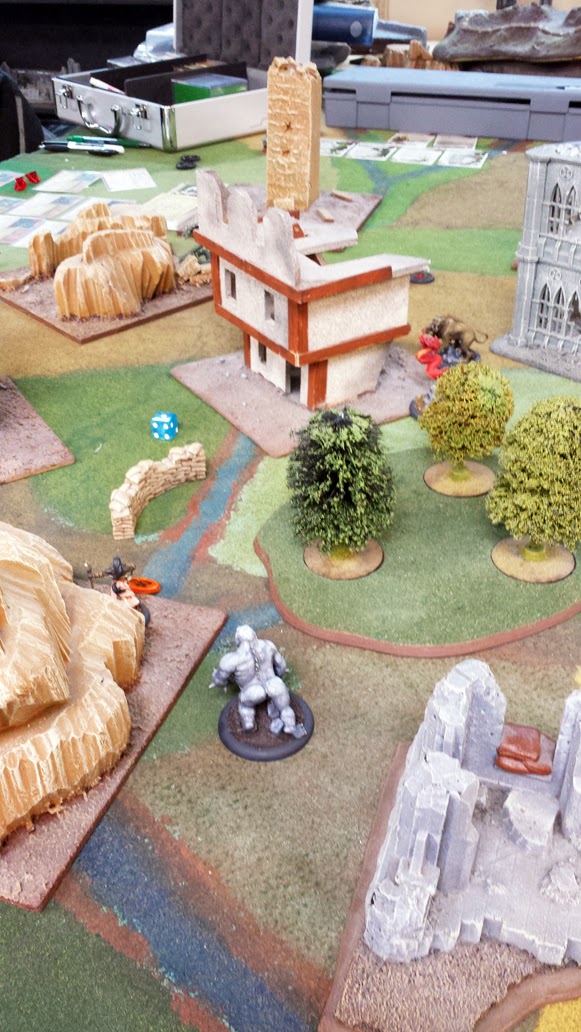 Donovan B. and I decided to put the beasts to the test.  Picking his new favorite of cadre of zombies and guild hounds marshaled by Lucas McCabe, Donovan was perfectly situated to take advantage of the reconnoiter strategy and protect territory scheme. 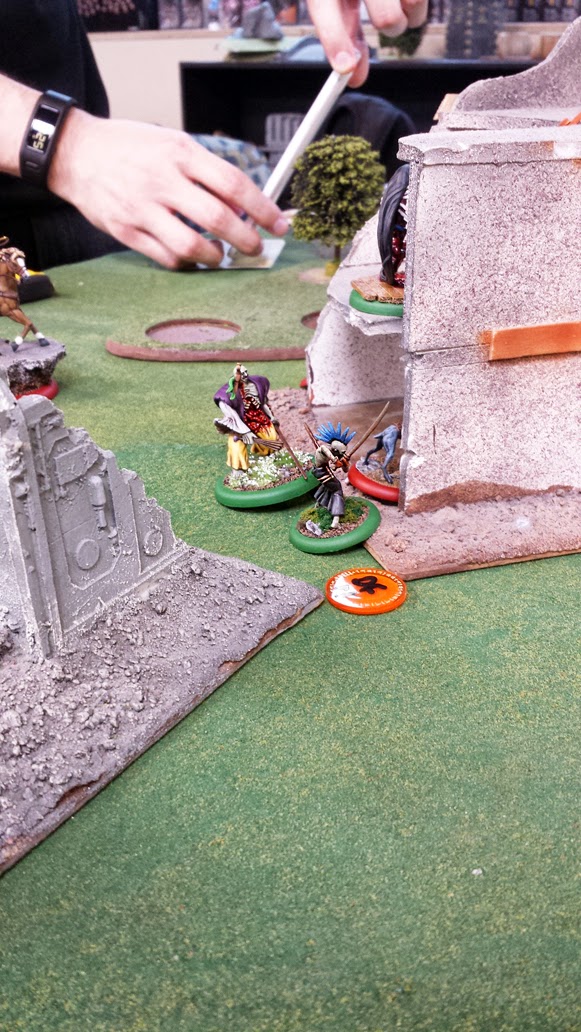 Lucas made the keen decision to skirt the outside of the encounter breaking behind my lines to plant a few scheme markers in my deployment zone for "protect territory" (thanks for protecting my territory, Donovan, what a great guy), and mitigating my revealed "deliver a message." Both the Jackalope and Cerberus are perfect at dropping in from a 7" leap and delivering it in one fell swoop! 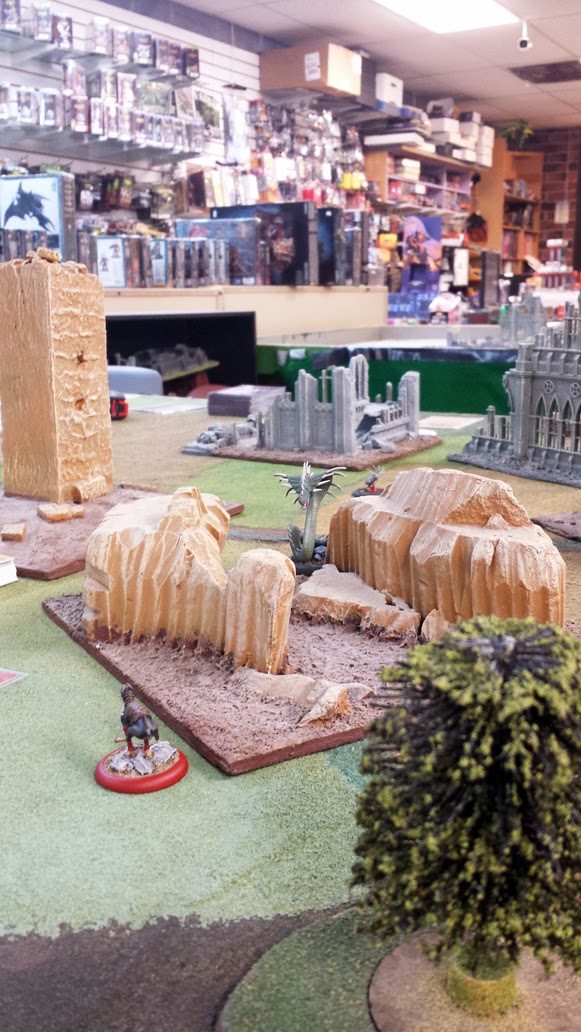 A running drama between the rattler and a pack of hounds (made significant by Luna) took up the western flank.  Unsurprisingly the snake did serious damage to their ranks, but what wasn't so expected was... 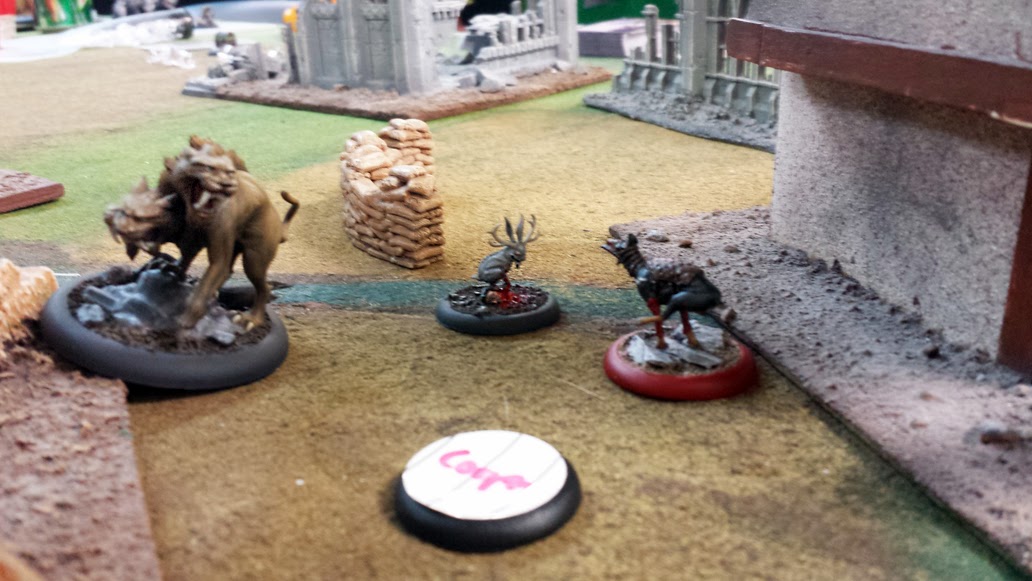 That the lone jackalope was the one to chase down and dispatch a hound looking to breach my line and plant even more victory points in Donovan's pocket! 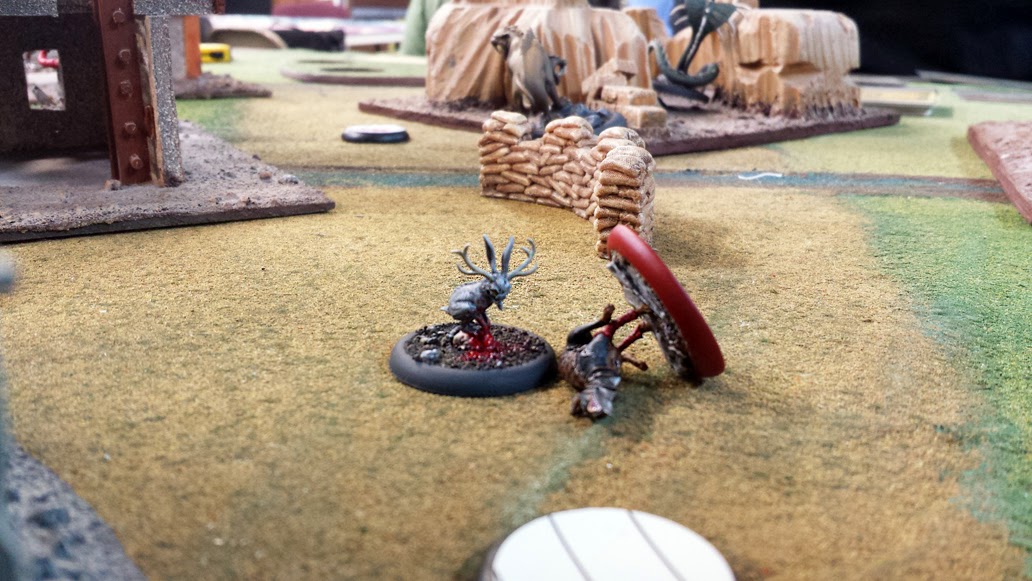 A keen eye to the mission and sound tactical play led Donovan's finesse force to overcome my brute one and ultimately win the day with a thumping in victory points.  It was fun to be bashy with my models this time, but I'll probably be reserving this force for when the mission rolls "make them suffer" in the future! 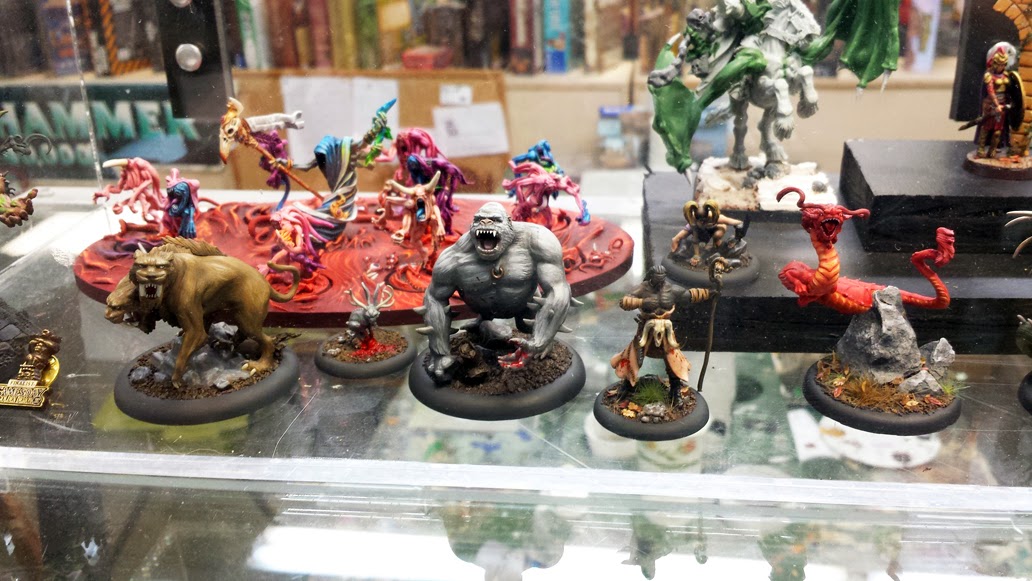 You can see the whole crew for yourself at 31st Century games in Olathe, KS!! 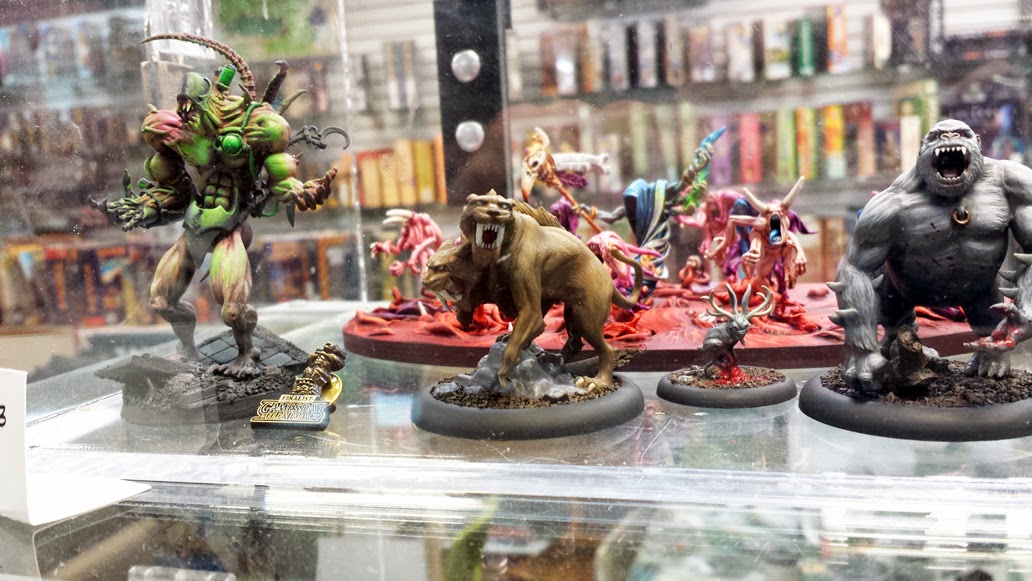 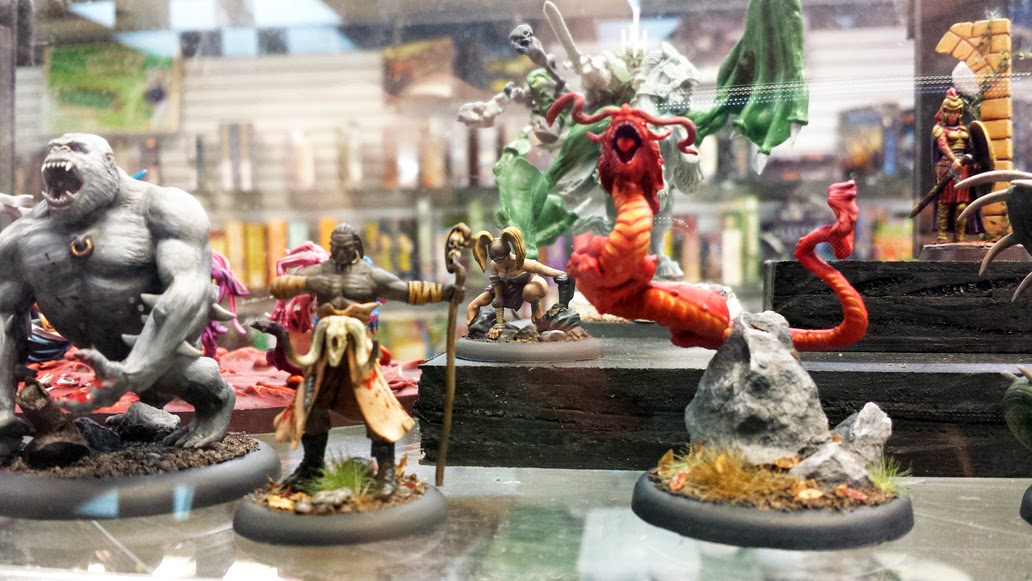