First off, full disclosure, without KantCon approval I have shamelessly dubbed this year's convention miniature "Cedric."  I didn't ask permission to name him, I just did.  There, I have that off my chest and now my conscience is clear.  Plus the organizers have begun to use the name, so I think that's as good a blessing as any!

In all honesty, as the coil of scaly gray putty slowly began to resemble the dragon it was destined to become, I felt like it was sorely missing an identity.  A quick conference with my girlfriend, Kristen, and he was soon officially/unofficially Cedric the Dragon. 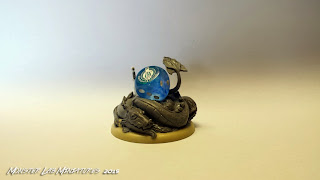 Don't let the cutesy name fool you, Cedric is one tough reptile who has managed to pillage a hoard of coins, a shattered longsword, and even a d6! 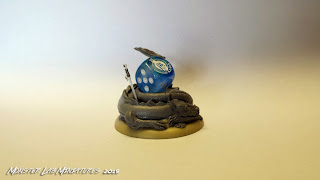 The idea to have a d6 at the top of the coin pile came on the fly as I was translating the concept art into the miniature.  What was a shield I mistook for a d20 and decided it would be cool to make the mini a stand for a prized d6.  The organizers liked the idea, and there you have it. 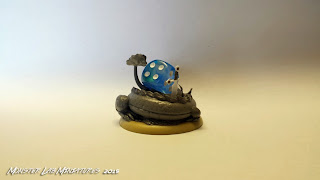 I like the idea of each hobbyist placing their lucky d6 on the miniature, plucking it from underneath Cedric's tail when they're ready to unleash its good luck! 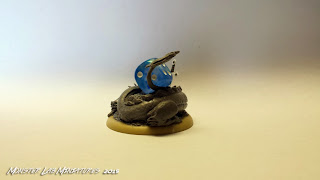 The mini comes in five pieces: two horns, one sword, and the proximate end of the tail.  All the extra bits come on a piece of flash and how the tail is positioned offers a little bit of personalization. 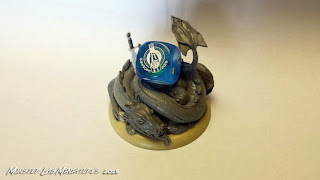 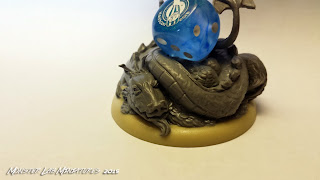 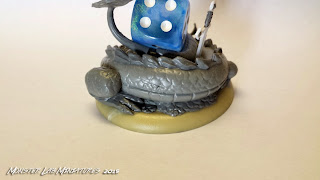 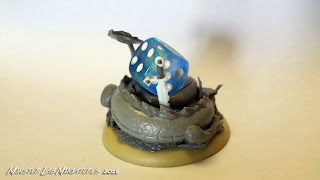 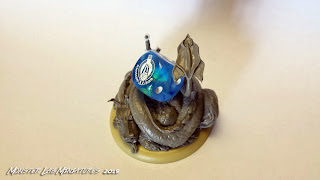 I'm thoroughly pleased that the KantCon folks decided to go with a dragon miniature this year.  Making monsters is what I originally signed up for when I opened the Monster Lab (the name pretty much says it all) four years ago and it felt great to finally do my first dragon sculpt.

Already in its seventh year, KantCon and the great people who run it have really put together something special.  I hope you get to visit the con this July 24-26th at the Overland Park Convention Center for three straight days of card games, role-playing, board games, and table top goodness.  They're not doing a kickstarter this year as they want to fund the entire event solely on badge purchases, merch, and ad revenue.  So, if you're not going, buy some stuff!

Like last year, I'll have a booth.  Unlike last year I ran some painting and sculpting clinics.  This time around I'll just be hanging out, having a good time and playing games, so stop by the Monster Lab table to check out some of my work up close, sling some spells, and roll some dice! 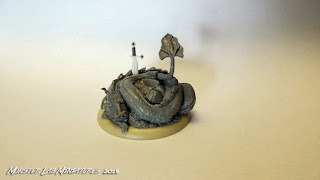 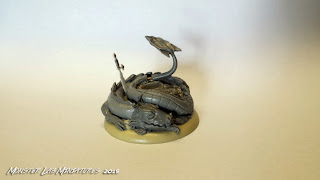 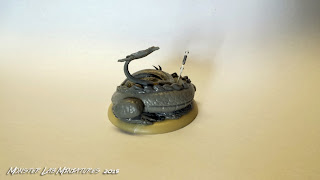 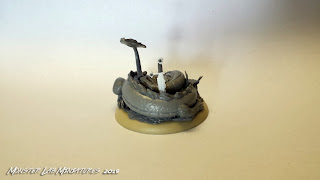