This week we've got a two-for, last week's what's on my desk and this week's showcase.  Both features are pics of a recent commission I finished for the Freeblades game system and one of my best customers Jon C.  I was set to task to paint a Haradel freeband and one one giant, called a Golat.  Let's take a look. 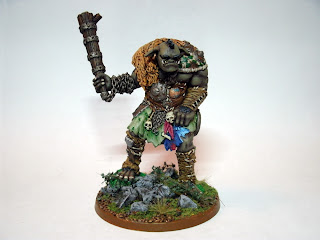 For this guy I wanted to highlight his lifestyle as a scavenger and plunderer.  His armor and clothing are made partly of pieces he's taken off his adversaries.  If you look closely his left pauldron contains the same green and white check pattern as that I painted on a knight for Jon a few weeks ago.  And again on his skirt, there are the colors of the Haradel band I painted this week, the light and dark blues of Arsmouth County.  To finish off the look I kept all the metallics on the model dull and forgoing layers of highlight and instead washed them with Agrax Earthshade to give them a rusty undertone.  A speckling of Mournfang Brown and highlighted with Skrag Brown completed the rust effect.  The verdigris on the brass was achieved with a layer of Hawk Turquoise highlighted with a 1:1 mix of HT and white. 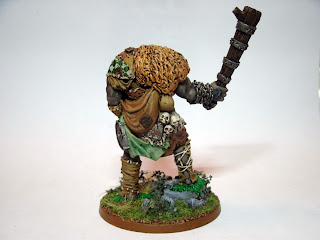 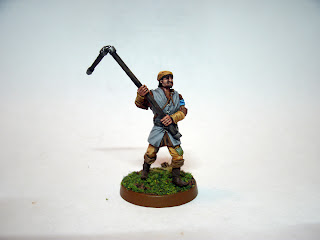 As is befitting of many a good knightly band the group is filled out with a healthy meat-shield of peasants.  The Muster Thresher is one such noble soul, wearing his tattered garb and not a bit of armor this guy is ready to give his life for his betters (or so the Haradelan aristocracy would like to think so). 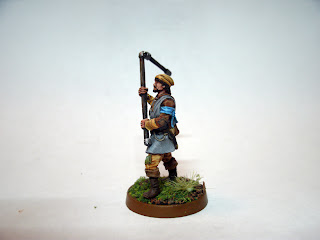 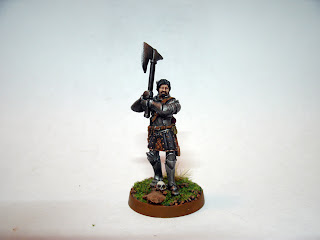 Not all questing knights are of the imitated class, this is an apprentice of Barek. 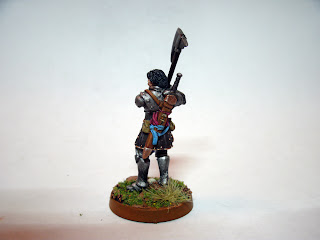 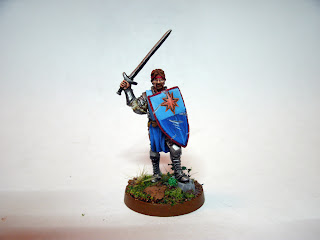 The High Questor leads the Haradelan freeband proudly wearing the color of his county Arsmouth. 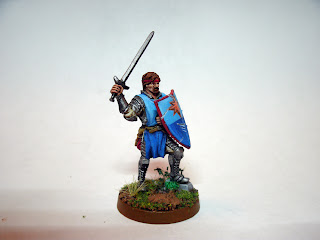 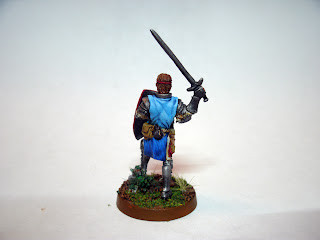 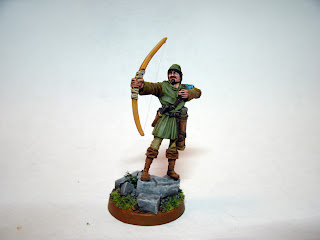 Another peasant support unit is this Thresher archer.  Right away I noticed that this model would be a perfect a pefect homage to one of my all time favorite video game characters, can you guess which one? 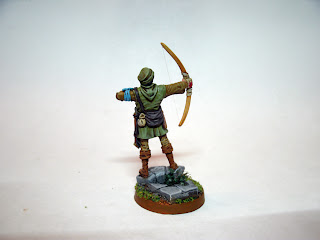 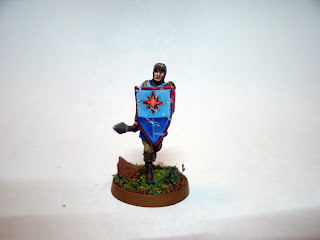 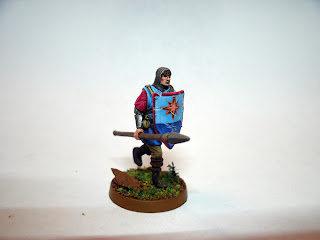 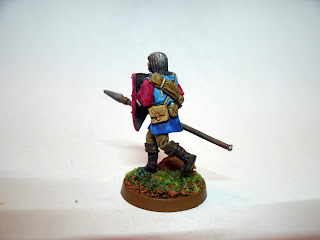 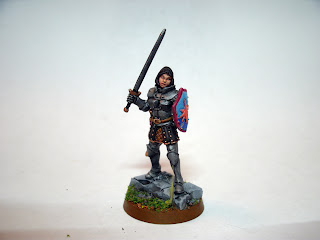 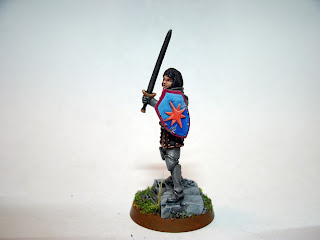 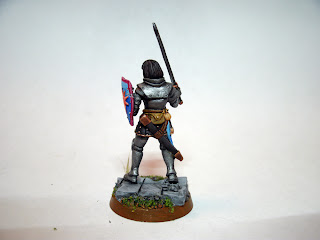 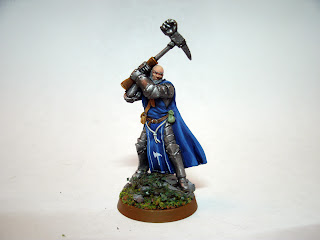 Like many a fantasy knightly caste, the Haradelans have a warrior-priest.  This guy is called a "Fist of Vidunar."  A few freehand touches really helped to fill the wide blank areas on his cloak and tabard and furthered the priestly motif. 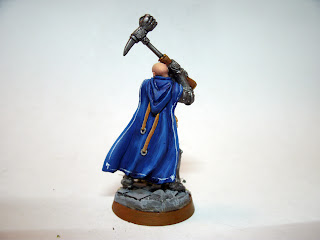 As for the what's on my desk portion of this week's post, it's eyes, eyes, eyes! 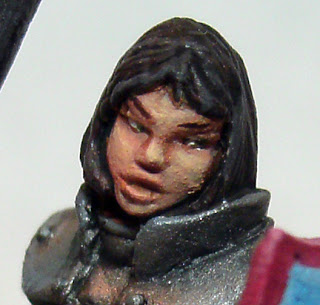 Each time I paint a commission or a piece for my personal collection, the eyes are always a part of the model I pay especial attention to.  In my opinion they're a feature that can really make or break a finished model.  Do them wrong and it sets the whole thing off, do them right and you can elevate a model to hobbying greatness. 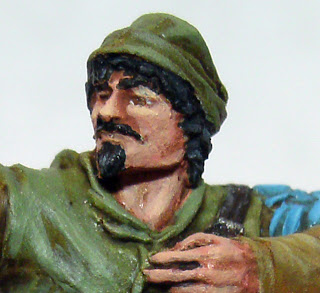 Doing eyes is easier than you think, and possibly a less precise science as well.  When I paint an eye I start by creating the white.  Ok, that's a no brainer, but what may not be is that I often overshoot the boundaries and paint outside the lines.  I don't do this on purpose, but I don't fret over it either.  When painting eyes remember this, it doesn't have to be perfect until the end.  This is what I mean, after the whites I'll paint an iris.  Once again if I go outside the bounds of the eye it's not big deal, the key here is only overextend onto the eyelids, not the rest of the whites.  After that a point of black and you're almost done.  Maybe you did fudge while painting the whites, irises or pupils, or maybe even all of them.  This is all you need to do at the end to clean up: take the darker layer of skin tone and hit the eye lids and then again with a lighter shade, viola, they're perfect!

The reason why I go into such detail and am adamant about this is that lots of people try to get the eyes they do perfect with the first brush stroke and are disappointed when they don't.  They don't want to go back and touch up.  The key to any good paint job is touching up after the fact, often it's not perfect the first time! 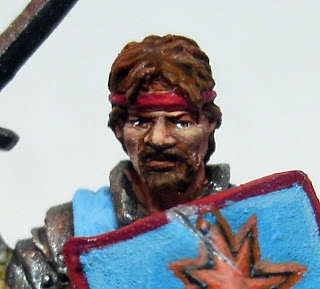 That's it for this week, stop by again!