Bandit Job Posting: Those Who Wish to Keep Their Left Eye Need Not Apply

Raiding and pillaging is hard work, and those who are on the front lines take the brunt of the abuse.  Throughout the ages an army's expendables have gone by a plethora of names: cannon-fodder, grunt, chaff, kamikaze, the list goes on.  For the Black Rose Bandits in Faelon they simply call theirs "thugs."  This week we're going to look at four unlucky fellows who pulled the short straw and got the thankless duty of being bandit cannon fodder.  It's hard work, and as you can tell by every single one of them having an eye patch over their left eye, not a great career move if you want to keep your left side as your best side. 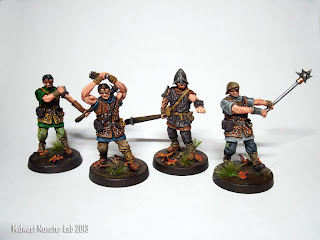 This project is thanks to Jon C. who commissioned up four different poses for his thugs.  He wanted something different, a little more dynamism, different flavor, but he didn't say anything about the eye patches...

Here's the stock thug pose, you may remember this guy from a previous post where I converted yet another thug for Jon. 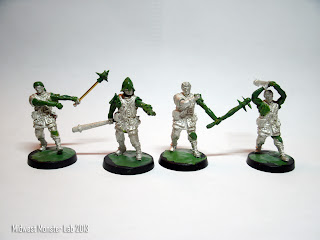 To get the all-pewter models into different poses took a little green stuff, some brass pins, and a fair amount of elbow grease. 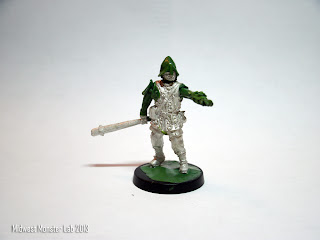 This guy is probably my favorite, somewhere along in his adventures he found a conquistador helmet!  Sometimes I have a very rough idea of what I want to do with the green stuff and I let it tell me what it wants to do when I put it on the model.  After smoothing and shaping the helmet a bit, it said, "Matt we're going back to the 16th century with this guy."  I can't argue with what the 'stuff says. 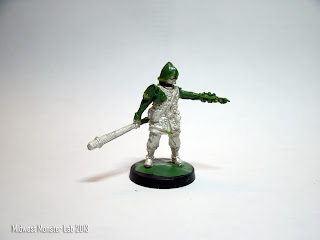 In hindsight I probably should have given him a silly little moustache. 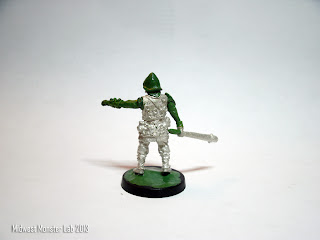 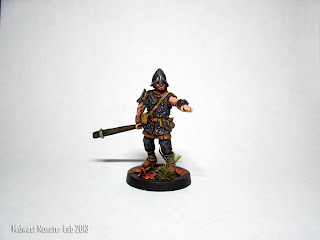 Here he is painted up.  I really am pleased with his color palette, the contrasts are subtle and classic with a nice disbursement of light, medium, and dark browns. 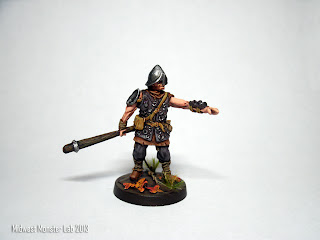 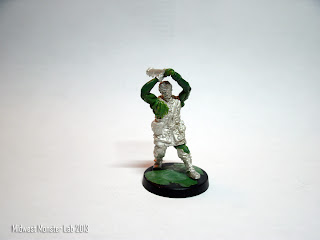 It's hard not to like this pose, it says exactly what it means, "I'm going to brain you with this chunk of wood!" 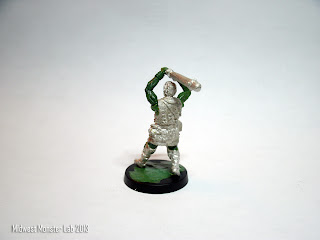 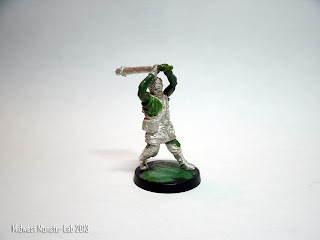 This model needed a major leg reposition.  I cold get away with simply bending the leg on some with jeweler's pliers, but on this guy I had to get out the bone saw and take some off the top of his left leg to get the pewter to move as far as I wanted it to.  Repositioning the legs really is the difference in building the overall feel of this model's action, without it his lower half would look terribly rigid compared to the action above. 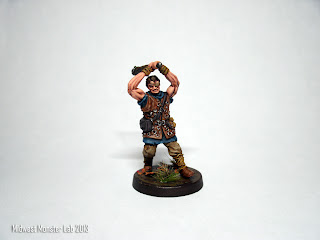 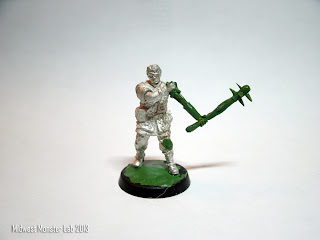 This guy has a lot of potential for interpretation, what is he doing with his right arm? 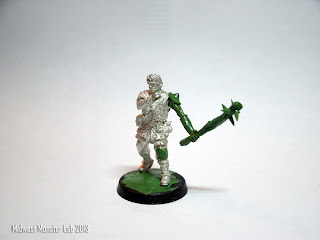 Is he punching?  Taunting?  About to lay across with a backhand? 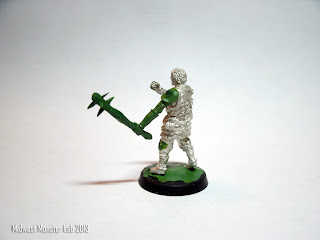 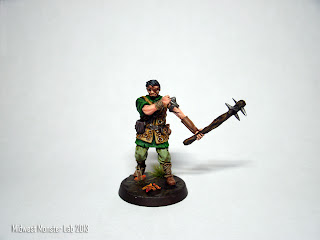 Ultimately it's up for you to decide, though I think he could be just about to do this. 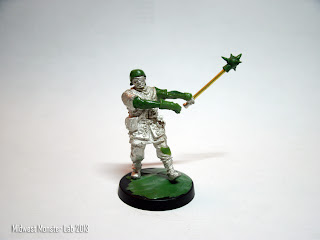 This guy is really swinging for the fences! 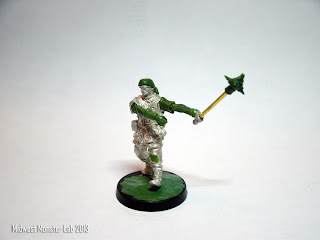 So much so that he's completely weight bearing on his rear foot. 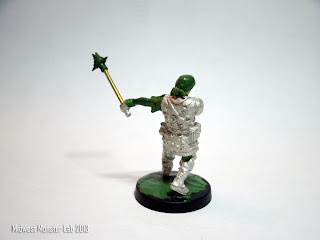 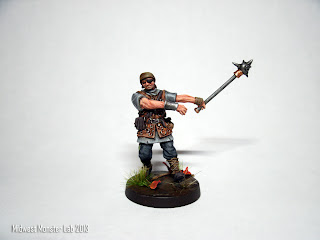 A blood trail streaming off his mace would push this guy over the top... 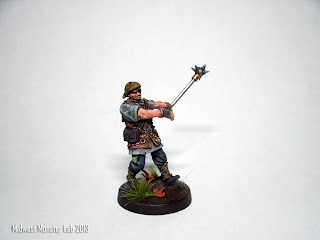 Well, that's it for this week and these thug models!  Thanks for stopping by and checking out my work.  If you'd like a model professionally converted contact me at midwestmonsterlab@gmail.com and I'll get started on your project! 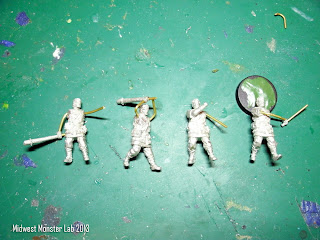