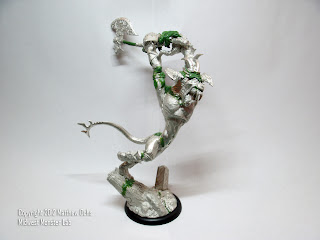 Last week I mentioned that I've been hard at work on many sculpting projects this month.  This extreme warpwolf to Ghetorix conversion is one such project.

Let's take a look at the work that was done. 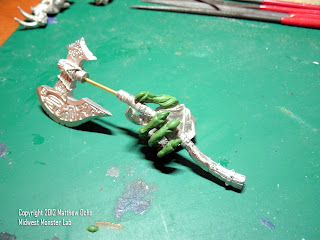 This conversion was commissioned by Michael P.  One of his requests was to keep the extreme warpwolf's hands instead of the ones attached to the Ghetorix's ax.  I really liked this idea and got to work resculpting three fingers and a thumb on the right hand and four fingers on the left to give the hands a proper grip on the ax. 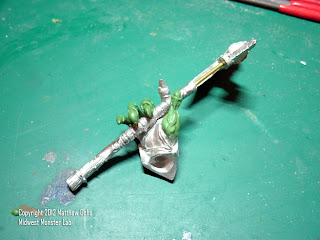 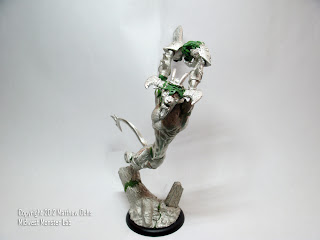 The original horns and head-blades were used from the conversion kit and a new hood was sculpted to bring it all together. 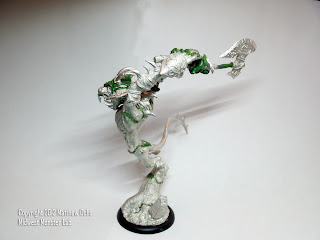 The extreme warpwolf really is a great model, super dynamic with surprisingly good balance even though the model is very top-heavy.  The only negative I could find to the sculpt was that it needed a ton of gap-fill, but that's to be expected with any sizable metal model. 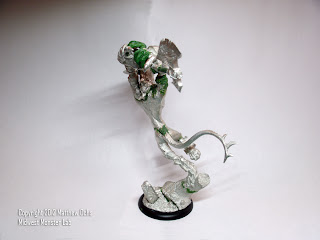 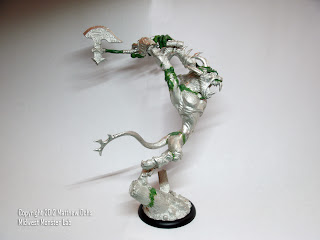 A large amount of cutting and resculpting was needed to get the right arm into position.  The tricky part was aligning both arms, hands, and the ax so that they looked natural.  For the first time in awhile, the bone saw and heavy pliers were summoned from the bottom of my hobby box to get the job done. 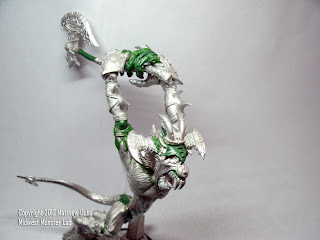 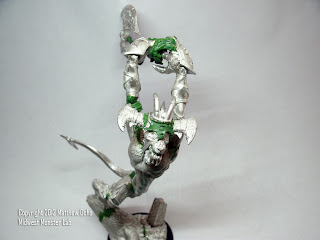 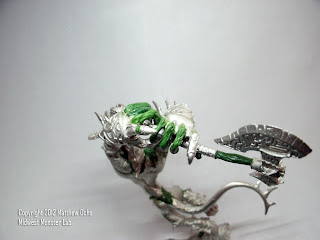 The final touch to the conversion was modeling the streamers trailing back from the Ghetorix's right arm (seen here supported by my finger).  They weren't glued on at the time this picture was taken since the model had to be shipped to Michael P. and I didn't want them to be damaged. 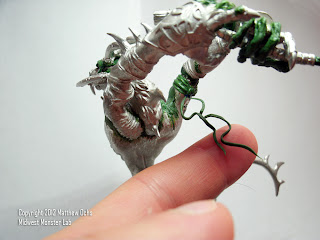 That's it for this week, thanks for stopping by and checking out what's been going on at the Monster Lab.