What's on My Desk: Tzeentch Demons

I'm taking a break this week from commission painting and working on one of my own miniatures for a change!  This week I'm revisiting an old friend, Kairos Fateweaver.  Kairos has spearheaded and supported countless incursions into realspace for me, attracting fire from entire Imperial Guard battalions and space marine companies, and miraculously emerging after the dust settles with nary a feather ruffled.  He has stood amongst a raging horde of sixty ork boyz squawking with disdain as hundreds of their attacks bounced away harmlessly, or never found home at all.

Kairos is one of the most powerful single models in the game of 40k.  With three shooting attacks that can be aimed at three different targets, three wounds, and a 3+ re-rollable invulnerable save to back it all up, it takes an army's worth of firepower to bring him down.  Did I mention he confers re-rollable saves to any friendly unit within six inches?  Yeah, one tough cookie.

With so many stellar performances recalled from memory I can turn a blind eye to a handful of his less glorious moments.  Specifically, fleeing back to the warp after suffering one unsaved wound from the first model to shoot at him.  Yes, he will vanish from the battlefield if he fails a leadership test after suffering an unsaved wound.  This dipole of incredibly awesome and unpredictably devastating, that Kairos inhabits, makes him one of my favorite units in the game and undeniably one of the coolest. 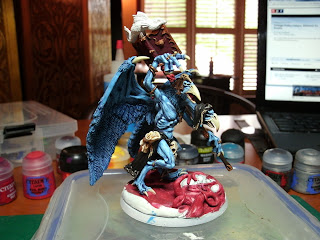 You might remember the numerous other appearances that Kairos has made on the Lab Blog.  First cameo-ing nearly a year ago in a four-part tutorial detailing how to make your very own display board (at this point he is merely primed white).  Then Kairos resurfaced again when he received a bigger better spot to stand on in a version of 'pimp my base' a month later.  I have since pulled him out and applied a well intentioned base coat only to leave him again languishing on the shelf for another spate of long months.  Later this week however, he'll finally receive the attention he deserves and be completed! 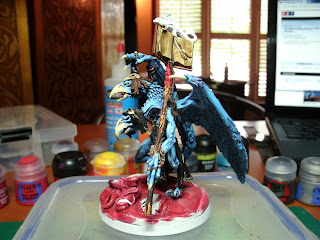 I really wanted the tome on his staff to look like a venerable grimoire.  For the cover colors I chose a deep red, achieved by mixing 2:1:1 of Khorne Red, Mournfang Brown, and Rhinox Hide.  The metal pieces were painted with a layer of Hashut Copper washed in a liberal application of Agrax Earthshade.  Kairos is also covered in a ton of tiny beads, teeth/claws/fangs, chains, and sigils.  Some are painted in metallics and some in bright colors.  His staff is old wood, grading from dark brown at the bottom to medium brown at the top.  The black cloth pieces on the model will have star fields and celestial scenes painted on them as well.  Basically all the little details will supply elements of change/magic to bring out the other-worldliness of his character.  Stay tuned next week for the finished piece! 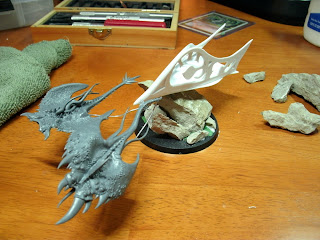 Kairos wasn't the only miniature in my collection to have the dust blown off it and a bit of elbow grease added.  You might remember this Tzeentch chariot when it made an appearance in the second post I wrote for the Monster Lab detailing how to make a wet pallet.  I was waiting on a resin or plastic screamer to be released in order to finish the model and was delighted when GW released their fantastic new plastic kit. 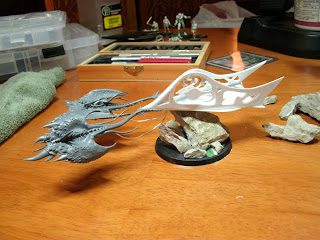 I wanted a very loose connection for the link between the screamers and the chariot itself.  I imagine the chariot following the two beasts, moving in complete harmony.  Such is the machinations of Tzeentch that his minions have no use for something as mundane as reigns or chains! 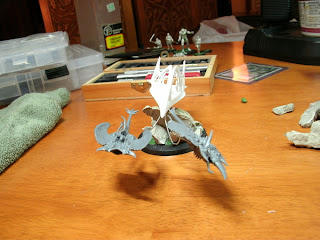 I won't ever put paint on this model as it is going directly from my work desk to the collection of Tzeentch demon player, but it was great fun making the model from scratch. 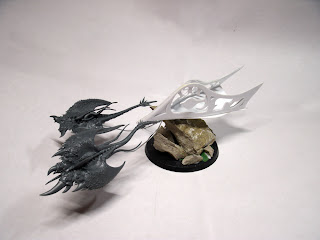 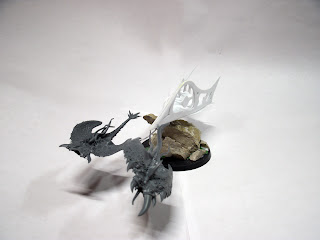 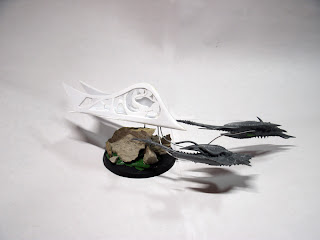 Last on my desk this week is... movement trays!  Not the most exciting hobby item, I know, but an essential one.  I have been making movement trays for a repeat customer of the Monster Lab's contract services for quite some time now.  The price per tray comes out to around $4 a piece (depending on size) and are custom cut and fabricated by hand to your specifications!

Each tray is meticulously crafted to exact measurements and is given a final sanding to ensure that they glide smoothly over your chosen battlefield.

Contact me at midwestmonsterlab@gmail.com to order up a custom set, a hand sculpted model, or commission paint today! 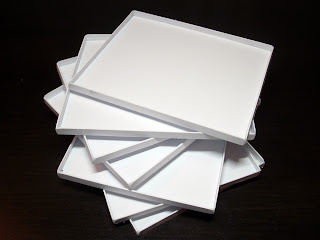 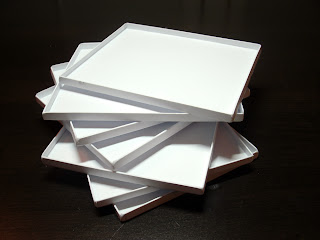 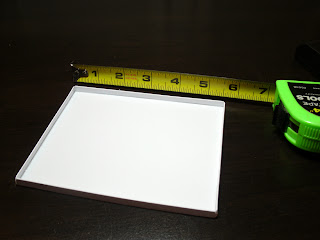 That's it for this week, stop by next time to see What's on My Desk!
Posted by Matthew Ochs at 1:54 PM